MobiPicker
Android Applications Next Generation of S Health Presented by Samsung
Share on Facebook
Tweet on Twitter
Deal Alert: 49% Off on ExpressVPN
Touted as #1 VPN in the world, ExpressVPN is now offering 49% off & an additional 3-months of service on its annual plans.

Samsung gave out a press release yesterday concerning the newly implemented changes to S Health, an app that allows users to interactively track health related activities. The next generation of S Health is now open to other Android devices that are non-Samsung. 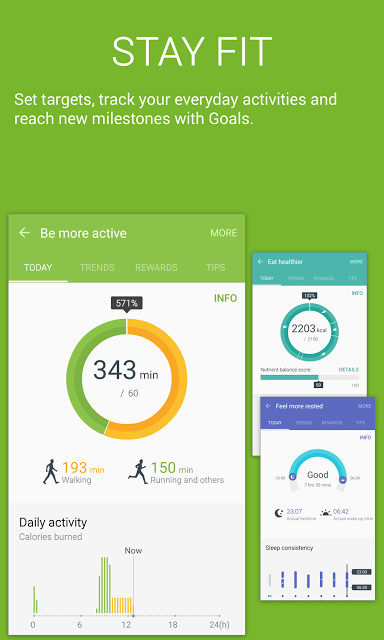 These are the updates specified by Samsung in their press release:

With the use of the built-in sensors of a Samsung Galaxy and Gear devices, S Health can track things like the user’s heart rate, distance walked and diet.

S Health has various goals the user can pick from, such as “Eat healthier” or “Be more active”.

The press release also states that there are some tablets and mobile devices that still may not be supported by S Health, as well as possible regional limitations regarding some of its functions.