Microsoft just rolled out updates for some apps on Windows 10 Mobile. The app updates will be available for both users of insiders program and stable version users. The two of the apps that are getting updated this time are Outlook Mail and Wallet. Microsoft has strongly recommended downloading both the updates.

Microsoft hasn’t provided any information on the new update in the case of Outlook Mail. Since nothing has been specifically mentioned by Microsoft, we can only presume that the new version would contain performance improvements and bug fixes as is the case in most of the updates. 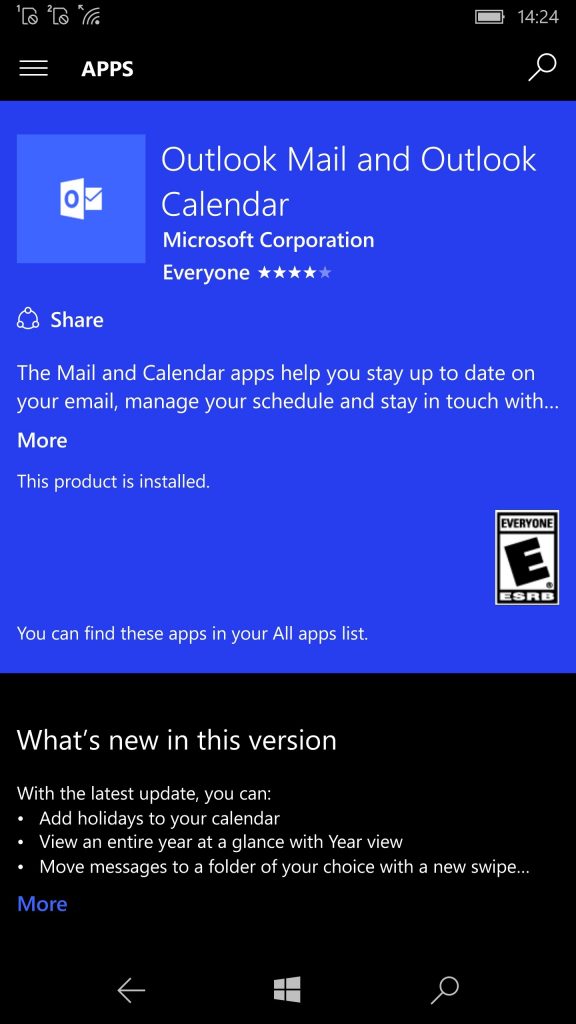 However, Microsoft has revealed the change log in the case of Wallet App. The new Wallet version will bring a lot many changes. Many of the features including debit and credit card support, wallet PIN, date and location awareness and Microsoft gift cards features have been deprecated.

Microsoft is bringing many major updates off late and the final release of Windows 10 Mobile seems just on the corner. This new version of Wallet App undoubtedly has brought a lot many changes and improvements and we would strongly recommend you to download this update.

You can automatically update both of these apps through the store but you can do this manually too by downloading both Outlook Mail and Wallet apps on your Windows device.

Microsoft has continuously been bringing updates to the Windows 10 Mobile on a regular basis. Early adopters get to stay up to date with all the latest updates and Microsoft has been very fast enough in fixing bugs too. It has promised full transparency and the change logs prove so.