Design wise, the Surface Book 2 is not so different from its predecessor. However, the most notable change is the hinge. In the Surface Book, customers complained that the gap the hinge created between the keyboard, and the display collected lots of dust. The new design is good news for Surface Book fans as the fulcrum hinge now makes the keyboard and display flush when closed, according to SoftPedia. As of now, it is unclear how Microsoft’s hardware division made that possible and retained the fulcrum hinge.

Also, according to Windows Central, the Surface Book 2 will sport a better processor than its predecessor. Intel Kaby Lake, which will begin shipping in the closing half of 2016, is held responsible for the delayed release of some high-end laptops. The chipset is the latest innovation by Intel and enables high-performance tasks such as 4K video graphics and supports USB type A 3.1.

The release date of the Surface Book 2 is not clear. Some reports from ‘About Microsoft’ suggest that the laptop will be announced this Fall in New York City and the shipments to arrive soon after. However, some speculate that the laptop may be released early 2017 soon after the release of Windows 10 Redstone 2. 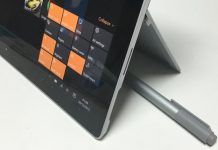 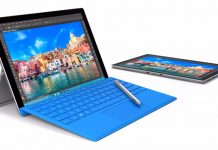