Anxiety disorders are the result of living in a fast lane of today’s world. Lots of work, along with the lack of free time, unbalanced diet and the increasing influence social networks have in our lives are the main reason why more and more people suffer from anxiety-related disorders. Just in the United States, there are more than 7 million people suffering from anxiety disorders.

Anxiety (chronic and excess worrying without apparent reasons) can be treated with drugs, but medicaments aren’t the best solution to one of the world’s biggest problems. Mindfulness is one of the popular terms in today’s psychology, giving patients suffering from anxiety a less invasive strategy to cope with their problems. 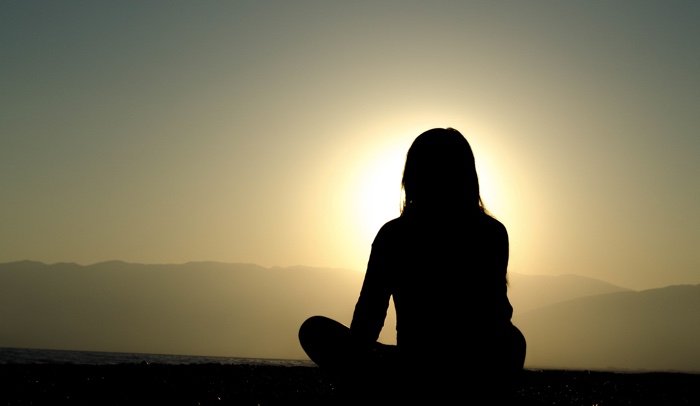 A recent clinical study conducted by researchers from Georgetown University Medical Center and backed by the National Institutes of Health shows how mindfulness meditation can help patients suffering from anxiety disorders.

The study included 89 patients suffering from anxiety disorders, who took meditation classes. In comparison to the group who didn’t learn about meditation, the patients benefited in a variety of ways. Their stress hormone was greatly reduced, and their responses to stressful situations were less seditious.

Lead author of the study and associate professor Dr. Elizabeth A. Hoge stated that “[These] findings strengthen the case that it can improve resilience to stress,” talking about mindfulness meditation training as a relatively inexpensive therapy, less invasive compared to medication therapy and less stigmatizing compared to a classic psychotherapy.

The study aimed to discover whether meditation therapy has some measurable effects on stress markers in the body, aside from regular effects the meditation can have such as lower amounts of work-related stress.

The two groups were randomly divided, with one taking an eight weeks-long mindfulness training to reduce stress, and a control group that took stress management education for the same time period. The two educations had a similar format, but only the first included meditative methods.

Since the patients had no idea which therapy was of interest to the researchers their expectations weren’t biased, with both groups having “little or no expectancy bias.”

Patients underwent the Trier Social Stress Test after the two courses ended, and those who took the mindfulness meditation course showed “big drops” in stress markers, like the stress hormone ACTH levels, and inflammatory proteins IL-6 and TNF-α.

The second group showed modest increases in the same markers, suggesting their anxiety level got higher, a consequence of having to take the same tests for the second time. The research got published in Psychiatry Research journal, and the team hopes to continue the research, this time analyzing mindfulness meditation effects on other physiological disorders.

This is another study with findings suggesting that meditation can have a positive effect on a variety of diseases and disorders. The university of California, Los Angeles (UCLA) neuroscientists found that yoga, as well as meditation, can reduce the emotional and cognitive issues with patients suffering from early stages of Alzheimer’s disease and other types of dementia.

According to researchers writing in JAMA, mindfulness and cognitive-behavioral therapy (CBT) can have a noticeable positive effect on patients suffering from chronic back pain, compared to classic, drug-based treatments.