MobiPicker
News New Screenshots Of Microsoft’s Word Flow Keyboard For iOS Leaked
Share on Facebook
Tweet on Twitter
Deal Alert: 49% Off on ExpressVPN
Touted as #1 VPN in the world, ExpressVPN is now offering 49% off & an additional 3-months of service on its annual plans.

We all know Microsoft has been working on bringing its Word Flow keyboard to the iOS platform, and today Windows Central has posted the first screen shots of the software, which is currently in Private Beta, running on Apple’s OS. 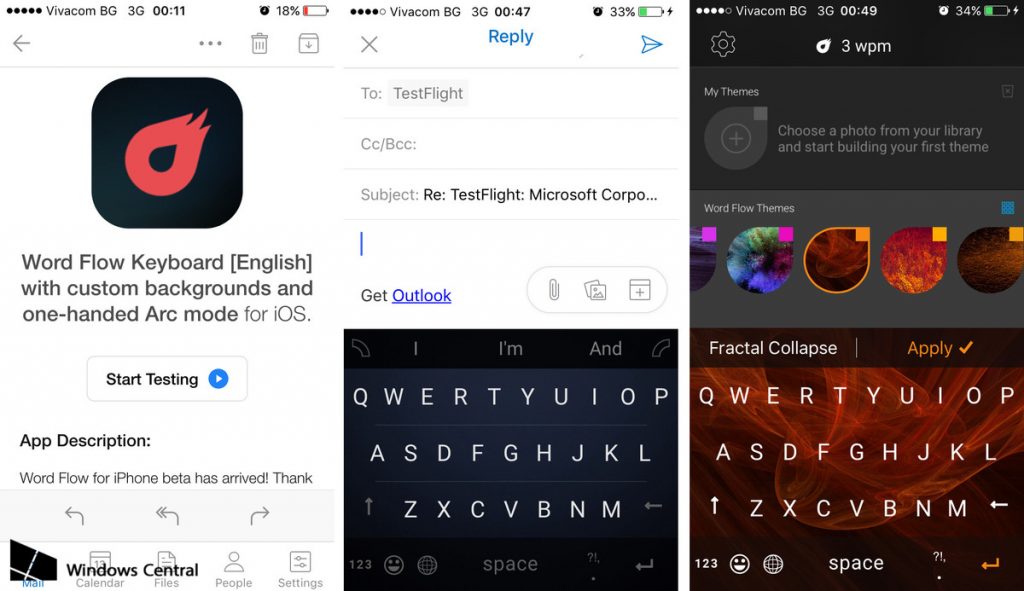 Microsoft Word Flow keyboard is said to be working “blazing fast” on iPhones, along with the same prediction system that’s powering the Windows phone. “Whether you’re tapping or swiping, Word Flow predicts what you’re trying to type and corrects mistakes,” the description reads, adding that the keyboard needs access to contacts to auto-complete names.

The goodness just doesn’t end there, users will have several personalization options like changing the background with one of those pre-included in the app or your own favorite images stored on the phone. We hope this feature can make way to Windows Mobile also.

Microsoft Word Flow Keyboard for iOS required iOS 9 and above, and will come with 8 themes pre-installed.

Right now, there is no clarity on the release date for the software, but we expect it to be somewhere around June 7 when the internal testing ends. And as far as Android is concerned, there’s no word from Microsoft about any such plans.