MobiPicker
News Camera New Samyang 16mm T2.6 XEEN E-mount Cine Lens Announced
Share on Facebook
Tweet on Twitter
Deal Alert: 49% Off on ExpressVPN
Touted as #1 VPN in the world, ExpressVPN is now offering 49% off & an additional 3-months of service on its annual plans.

Samyang has announced a new 16mm T2.6 XEEN E-mount Cine lens. The new lens is announced as part of the XEEN cinema lenses series, which is aimed at video and film-making usage. The Series now consists of seven lenses. 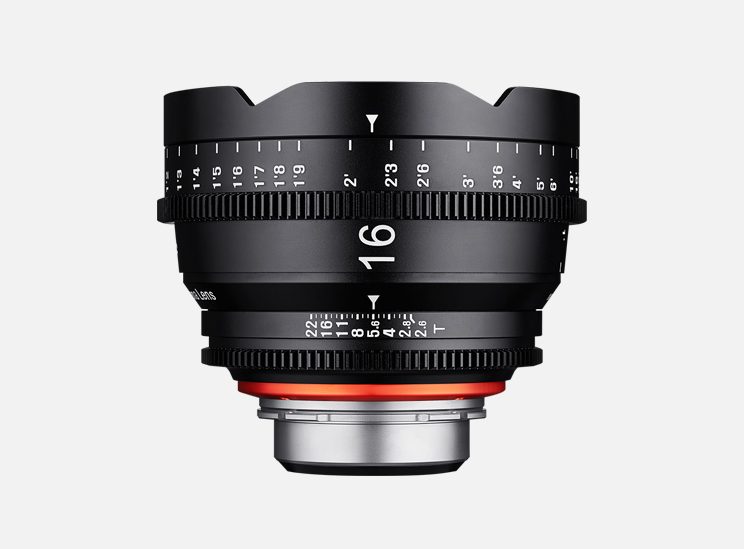 Samyang states that the new 16mm T2.6 XEEN offers ‘an outstanding optical performance for 4K+, focus on the Mise-en-scène of the images you want to create‘. The new lens offers great value to cinematographers and film enthusiasts.

XEEN lenses feature declicked gear rings in identical locations, so that changing lenses is no longer a hassle. Mounts are interchangeable, meaning each lens can be used on a variety of cameras. The XEEN series aims to delivers unparalleled performance with affordability to satisfy the needs of videographers and filmmakers, regardless of the situation or equipment. – added Samyang.

The XEEN 16mm T2.6 offers an ultra wide angle at 106.9 degrees. It comes with a special X-coating. The lens construction consists of 11 blades that offer circular aperture. The functionality is enhanced for motion pictures with a smooth focus ring. The new lens is specifically designed for films [can still be used for stills though]. Other features include 114mm front Size, high durability, FFG, and de-clicked aperture.

The pricing and availability details have not been revealed as yet. More details can be found on the Samyang’s official website here.

First look videos of the new lens are already out. Check out the Cinema5D here and one from Matt Granger below.