The new Samsung Galaxy S6 is becoming closer to its official unveiling which has traditionally occurred in early March or late February, and you’ll be able to tell simply from the absolute number of specifications and leaked pictures. This latest leaked images supposedly reveals a running and completely assembled Galaxy S6 in three distinct colour variants.

You must be thinking, Why we say ‘supposedly’? Well, It is a flow that appears similar to parts that are formerly leaked, we can not affirm the authenticity of news as it came from Iranian site Toranji that does not possess that affluent record. 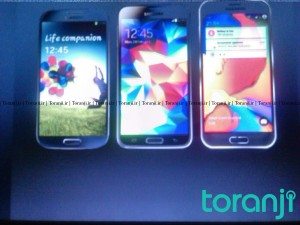 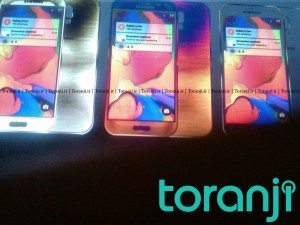 It will strike a few recognizable, typical Samsung notes – a background that looks to be made in the Samsung style, notifications just like latest Google’s Android 5.0 Lollipop, the signature Samsung layout with a substantial physical home key up front. It is also possible to see some of the components that are recent – the frame’s metal layout specifically.

Meanwhile, let’s remind you that present guesses assert the Galaxy S6 will have a 5.2″ or 5.5″ Quad high definition (1440 x 2560-pixel) Super AMOLED screen, Android Lollipop, a 64-bit Snapdragon 810 system processor. It is also worth noticing the latest guesses from Chinese sites indicate that Samsung might release two ‘main’ apparatus in early 2015 – one with an ‘border’ display such as the Galaxy Note Edge, and another, conventional one with less inspiring appearances, but at a cheaper cost.

We’ll keep on looking to find out more in regards to the new Samsung Galaxy S6, but do not forget that these early leaks all should be taken with a grain of salt.