The Samsung Galaxy A8 (2016) was launched in South Korea last month. Now, it has been listed on an Indian export import website Zauba. The smartphone is listed as model no Samsung SM-A810F. The Zauba listing almost confirms that the Galaxy A8 (2016) smartphone will soon be launched in India. However, Samsung has not revealed any information as yet. 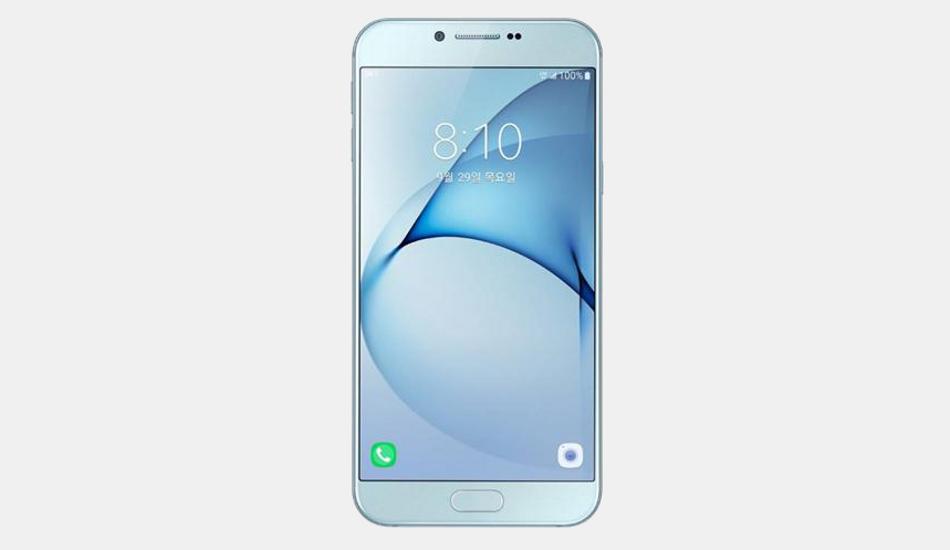 As per the Zauba listing, the Samsung Galaxy A8 (2016) sports a 5.7-inch display and comes at price of Rs 13,635. It states 12 units of Samsung SM-A810F have been imported from South Korea to India for testing. Unfortunately, no additional information was listed.

The Samsung Galaxy A8 (2016) has been already been launched in the overseas market. It features a 5.7 inch AMOLED display with full HD [1080p] resolution. The upcoming smartphone is powered by Samsung’s own Octa-Core Exynos 7420 chipset [four Cortex-A53 and four Cortex-A57 cores, built on a 14nm process]. It is supported by 3GB of RAM [instead of 2GB], and 32GB internal storage. The slim smartphone runs Android 6.0.1 OS out of the box along with new Grace UI on top.

The Samsung Galaxy A8 (2016) sports a uni-body design. it comes equipped with a 16MP rear camera and an 8MP front camera. No details are available about the sensors and aperture as yet. However, it is said to sport same sensor as the Samsung Galaxy S6. Other features include an Always On Display feature and a fingerprint reader in the home button [compatible with Samsung Pay]. It is backed by a 3,300 mAh battery, which claims to last a day easily.