While the figures for the latest fiscal quarter released by Microsoft may have led everyone into believing that Windows Phone is dying, the truth is quite the opposite. Redmond revealed that despite their work on Windows 10 Mobile, the quarter saw a 49% drop in Windows Phone revenues. And even though it may sound devastative, trust us, Windows Phone is still alive. 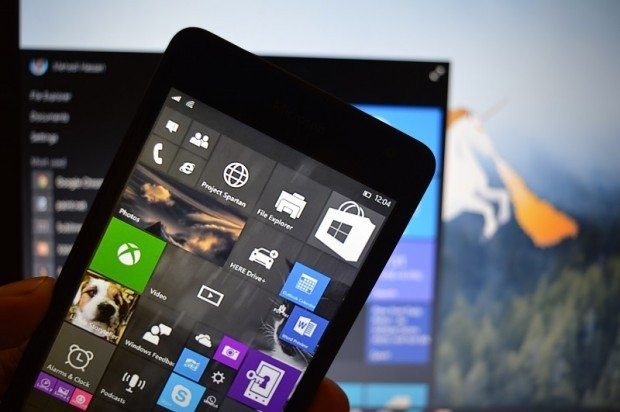 Reports and figures from analysts and research firms are pouring in these days, and almost all of them state figures that suggest Windows Phone is doing good. StatCounter has revealed data for the last 12 months, showing the Windows Phone platform has hardly lost users in 2015, and the operating system is performing steadily.

In February last year, Windows Phone had a 2.27% market share globally, and this year, the figure dropped to 2.1%. The 0.17% drop is clearly very small and insignificant, and does not suggest in any way the Windows Phone is dead. Also, the chart released by StatCounter shows that even though some users decided to leave Windows Phone due to the delay in the release of Windows 10 Mobile, many of them returned to try out the insider preview builds of the upcoming release. 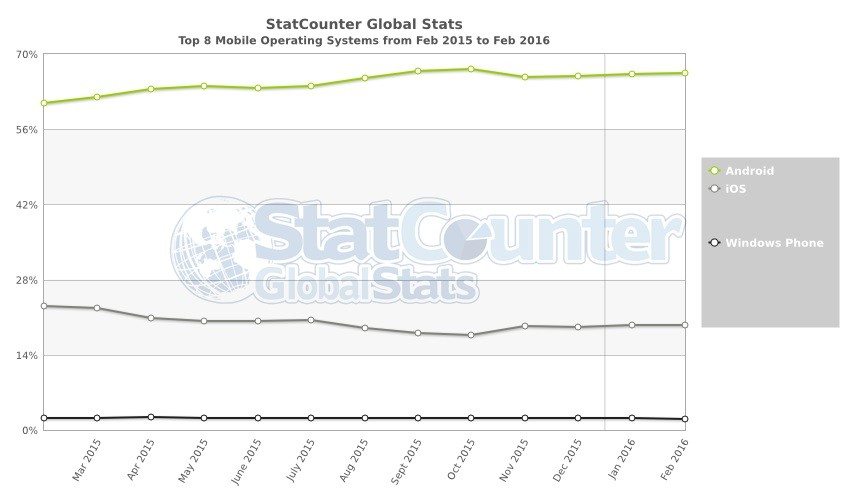 Meanwhile, Android still rules the market and has even seen a significant improvement this year. Last year in February, Android’s global market share stood at 60.79%, while 12 months later, the figure has bumped up to 66.38%. Apple’s market share of 23.17% in February 2015 dropped to 19.47% in February 2016, which is a matter of concern for the company.

Conclusively, Windows Phone’s market share is expected to increase significantly after the release of Windows 10 Mobile, which is rumored to be launched this week. Let’s see if that turns out to be true.