We’ve seen the leaked flyers for the upcoming Motorola Moto G (2015), the third generation of one of the most successful affordable phones available on the market, and now 3D renders of the device show us what it could look like from all sides. 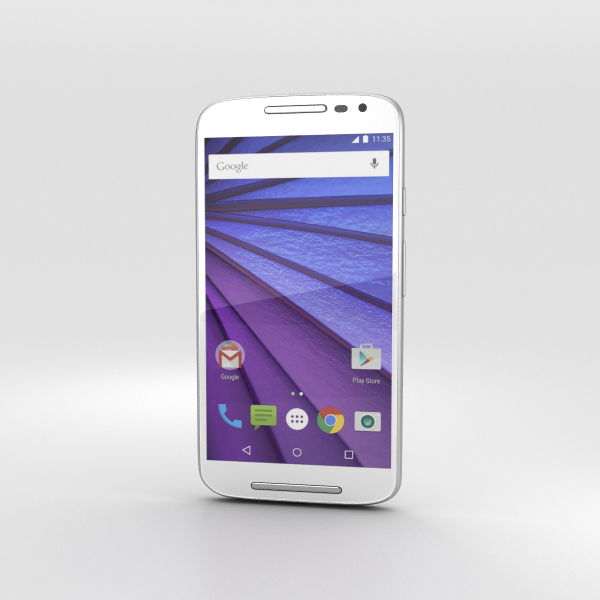 So what to expect from the device? Nothing that hasn’t already been seen in a Motorola device as the Moto G keeps the familiar shapes and curves of a Motorola device and even has that signature dimple on the back with the M logo. However, a new design element around the back-camera can be witnessed with a thicker form factor.

The same 5-inch display, but upgrades for both the camera and the chipset. The specification rumors have so far suggested that the Moto G will retain it’s 5-inch screen with a 720p display, Snapdragon 410 quad core chipset running at 1.4GHz and a camera upgrade to 13MP for the back and 5 MP for the front. Also there will be an 8GB of internal storage with an SD card slot and 1GB RAM all running Android Lollipop out of the box. The phone is also expected to come with 4G LTE connectivity.

The Moto G 3rd Gen is expected to launch this August and will immediately be available in all of Motorola’s main markets. Obviously nothing is official as of now, so take it with a pinch of salt.