Pokemon Go last update (Water Festival Update) released not long ago but it seems that Niantic is all set to amaze the players with new stuff already. Pokemon Go Shiny Pokemon Update has just landed and it has made the rare Pokemon Magikarp available in the game. It seems that Niantic developers have finally heard all the fans who requested the Shiny Pokemon. And now it’s added to the game and players are all set to hunt down their favorite Pokemon out on the streets. 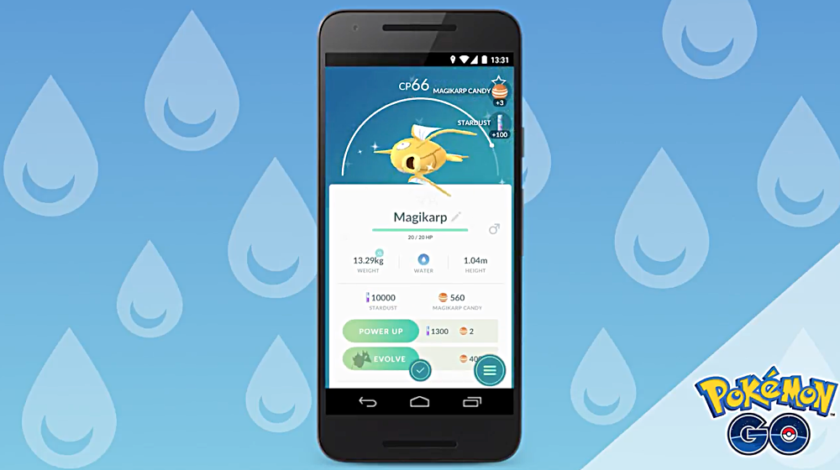 It further gets confirmed via players on a lot of online portals such as Twitter, Reddit, and others. That the new Magikarp are finally out in the wild. According to the trainers across the globe, they have multiple sights of Golden Magikarp. These Magikarp are extremely rare. So, there is a very little chance, you’ll be able to see one, but they are there waiting for you. All you got to do is to pay close attention to the Magikarp you encounter while you are out exploring the Pokemon Go world. Make sure you don’t miss the opportunity because they are rare enough to be seen.

This latest Pokemon Go update landed just after the popular Pokemon Water Festival update. The Water Festival update was all about catching the rare water-based Pokemon. This made the game as exciting as it could get but the latest Magikarp update has taken it to a whole new level.

Keep in mind that the Water Festival is ending on 29th March. After the update ends, you’ll find the Water-based Pokemon only where a water body is present. So if you think you haven’t yet captured your share of the water-based Pokemon, you should definitely get back into the game and enjoy it while you can. This will let you have a little bit more exciting time to spend on quality gaming as well as expanding your Pokemon Go collections.

Want to know more about the new Shiny Magikarp Pokemon, have a look at the following video by Pokemon Go.

Hopefully, by now, you’ll be all set to go hunt down the rare shiny Magikarp. Well, if you catch one, do share your stories with us. Leave a comment down below.