Huawei has just launched its latest offering Honor 8 Pro in India after the global launch three months ago. Don’t get fooled by the “Pro” moniker, the smartphone has more up its sleeve than you might think.

With the launch price of Rs. 29,999, the Pro model sits directly against the OnePlus 5 and tops the game in most department. So, without further ado, let’s run through the specs sheet dissect the Honor 8 Pro model. 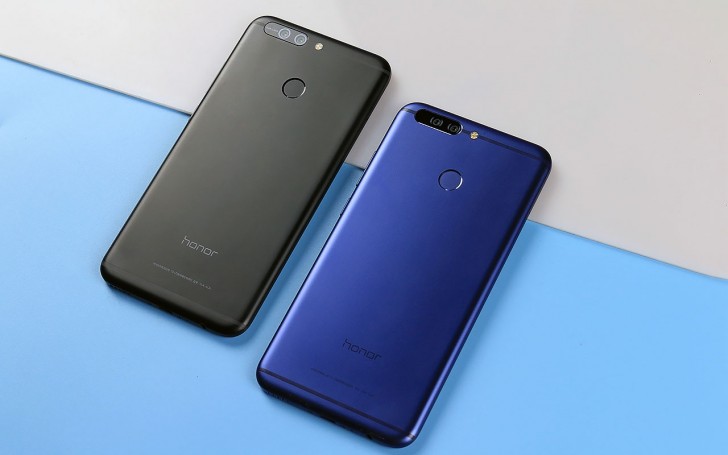 The build quality on the Honor 8 Pro is top notch with all metallic construction and antenna bands used as an accent on the rear. The Honor 8 Pro features a 5.7-Inch QHD display, an improvement both in terms of size and resolution. It is powered by the latest in-house Kirin 960 processor with 6 Gigs of RAM and 128 GB expandable storage via hybrid sim slot. The smartphone runs Android 7.0 Nougat with EMUI 5.1 interface on top.

Camera Department of Honor 8 Pro comprises of dual-setup of 12 MP sensors on the rear and 8 MP lens on the front. The image quality is promising even without the LEICA branding.

It a slim phone with just 7 mm waistline, but still holds 4,000 mAh battery juice to last 3 days of normal usage. And that too with fast charging capabilities. Meaning 35% charge in 30 minutes, and a full charge to 100% in less than 2 hours.

Honor 8 Pro is an Amazon exclusive and will be available through an open sale on July 13, 12:00 AM. For Amazon Prime customers, the phone will be available starting July 10 at 6:00 PM. There will also be offers on launch, including 0% EMI, 15% cash back for HDFC card holders, and 45GB 4G data from Vodafone for 5 months.

It’s a very capable device which might spoil the party for OnePlus 5 launched a couple of weeks ago. Better display, storage, battery and capable camera are the things going in favor of Honor 8 Pro. Do let us know which smartphone you think outshines the other in the comments section below.