Microsoft is expected to release the next insiders build for mobile sometime later this week, and one of the changes that might come to foray is the change to Action center and quick actions. All these changes will be officially released along with the Redstone a.k.a the Anniversary update this summer. 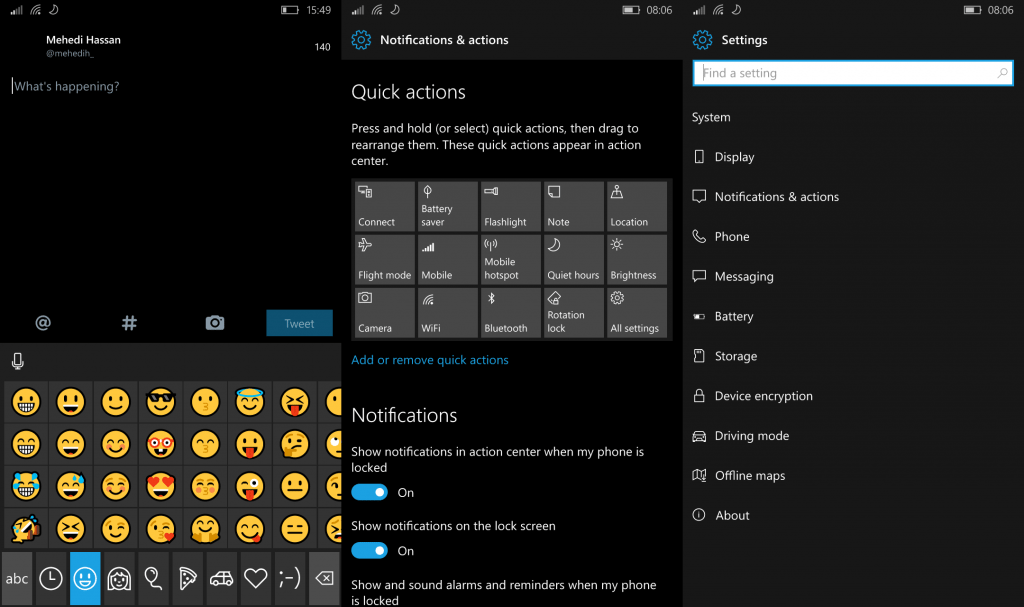 The software giant is really focused on making Action Center more useful than ever. In addition to changes planned for PCs, Microsoft is also thinking changes for Windows 10 Mobile for more customizable user experience.

The ability to customize the order of the Quick Actions isn’t available right in the Action Center just yet, and users have to go to Settings to change the order of the quick actions. Following is a GIF showing the drag-and-drop feature in action.

The new feature is expected to debut for insiders on the fast ring later this week with official rollout sometime in summer. Let us know what you think of this new feature for Windows 10 Mobile.