The new Huawei flagship, P9, should be revealed in just a few days and now we got a new render that shows Leica’s lenses will be used with the new dual-camera setup. The render was spotted by mobilissimo and on it, you can clearly see the Leica branding on the backside, right next to the camera lenses. 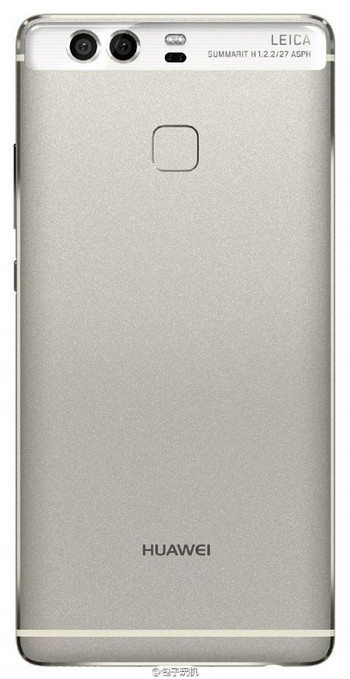 This should be a logical continuation of a last month’s announcement of a new partnership between Huawei and Leica, which should bring better cameras to smartphones. It seems that the first crop of the agreement will be lenses in the new flagship. If that proves true (and there aren’t any reasons for this to end up as a fake) we expect that the quality of photos taken with the upcoming P9 will be much higher than it was with previous Huawei models.

From earlier reports both cameras will sport a 12 megapixel sensor, with the addition of dual-LED flash. A fingerprint sensor should also be available (it can be spotted on the picture) as well as a full-metal body. Further, P9 should arrive with Huawei’s Kirin 955 CPU and a full HD (1080p) 5.2-inch touchscreen.

P9 will ship with Android 6.0 Marshmallow, will arrive in four versions (P9, P9 lite, P9 Max and P9 Enhanced edition) and will have 3GB or 4GB of ram, depending on the version. Some versions of P9 will be available worldwide while others will only be available in some markets, but the P9 and P9 Lite should be published globally.