Decay begins with Gina Cross and Colette Green arriving at the Anomalous Materials Labs at Black Mesa Research Facility and reporting to Dr. Keller, who is readying the day’s analysis of an unknown specimen. Despite the objections of Dr. Rosenberg to pushing the analysis equipment beyond its design capacities, Cross and Green are assigned to assist setting up the experiment for Gordon Freeman. When Freeman inserts the specimen into the scanning beam, however, it triggers the Resonance Cascade.

Dr. Cross and Dr. Green are members of a different team in Black Mesa. They are responsible for monitoring the equipment which Gordon uses during the experiment. Dr Rosenberg and Dr Keller monitor them. Like Freeman, they are also forced to fight for survival in the aftermath of the Resonance Cascade.

The 8th mission contains an easter egg hidden at the beginning of the level. Normally, the mission begins with Dr. Keller delivering his introductory line. However, when you spawn in the level, look to your left. There is a panel with some buttons on it. Consequently, shoot the panel within five seconds after the level starts. Furthermore, this will give Dr Kleiner a new dialogue “Good job for doing the previous stuff, now get ready for the new stuff.”

However, this easter egg is only available in the NA release of the game and not the EU one. 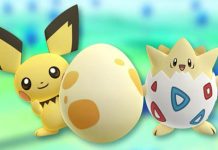