If you own an android smartphone, you must have felt handicapped in manually checking for app updates in play store. Thankfully, Google has learned about this annoying aspects and working on improving the same. 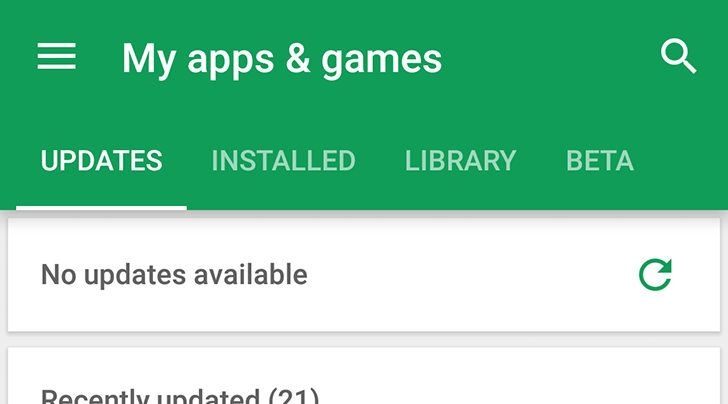 In the recent findings, it has been noted that Google is indeed testing a refresh button for its Play Store app which will allow users to manually check for the updates. The feature can be seen in action below, along with the rest of the UI changes.

Just to remind, earlier users had to either restart the Play Store app or switch activities to trigger the refresh. Following are a few screenshots of the Google Play Store yet to be released variant in action.

As for the release timing is concerned, there is no information as to when Google plans to release the latest Play Store to android users.

For those who don’t know, Google Play Store is the official app store for the Android operating system, allowing users to browse and download applications developed with the Android SDK and published through Google. Other than the vast collection of apps, users can also enjoy music, magazines, books, movies, and television programs.

Do let us know what you think of the latest changes in the comments section below.