Emojis has almost become a universally accepted language, with almost over 90 percent global internet users using it almost every day. The inadequacy of words for expressing the proper human emotions are very dextrously compensated by these simple images. The popularity of emojis has spread like a wildfire over the past few years and the new generation of emojis are trying to cross all barriers of race, gender and religion.

Emoji enjoys the magnificence of representing various complex things and emotions with a great ease. Conveying your feelings was never so easier before. Hundreds of new emojis emerge every now and then thus offering us a vast ocean of options to choose the one best suited to us. Emojis have even cross race and colour barriers and are available in various skin colours. This seems prudent and just step to me considering the fact that an emoji represent us, so why shouldn’t it look like us.

However, emojis until now were considered gender-biased by most users. It was too apparent as you could have easily seen a male doctor, engineer, scientist or architect; but once it came to females, there was always the stereotypical princess and bride. These gave a vibe that women aren’t at par with men on the professional; which is so untrue. Women are currently sitting at the helm of various professions side by side with men and they deserve to be treated likewise.

In view of these recommendations made by Google,  the Unicode Emoji Subcommittee has introduced eleven new professional emoji in both male and female options. These professions include a cook, a scientist, an engineer, etc. among others. This is a welcome step in the direction of women empowerment and gender parity and we appreciate it heartily. We hope that more such steps would be taken to bring gender parity. 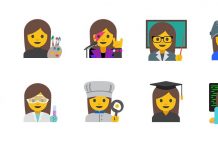 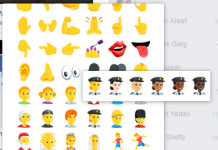 How to Turn Off the New Facebook Messenger Emoticon Emoji 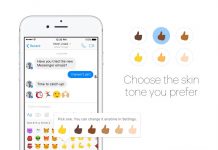 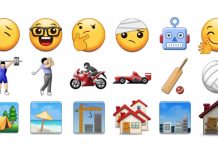 Samsung Smartphones To Get These 159 New Emojis With Android 6.0.1 Marshmallow Update

Now Get New Emojis on All Android Versions With Textra