MobiPicker
News Games New DriveClub Update Brought One New Location, Hardcore Handling Option
Share on Facebook
Tweet on Twitter
Deal Alert: 49% Off on ExpressVPN
Touted as #1 VPN in the world, ExpressVPN is now offering 49% off & an additional 3-months of service on its annual plans.

DriveClub had a rough release; it got patched viciously in the months after it was published and, in the end, the game become, if not a hundred percent true to its vision, at least a really fun way to pass your time. Now, when problems are solved and the game looks and feels the way it should’ve been from the start (18 months were passed since it got released), it’s time to bring new content. 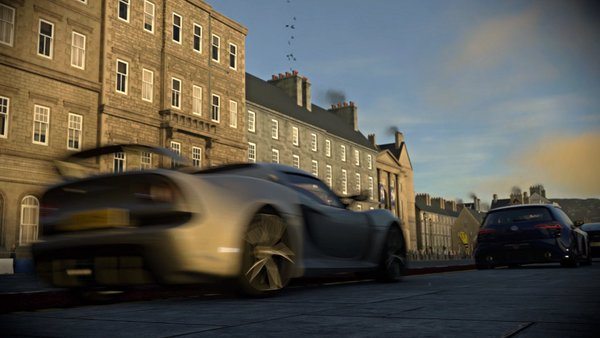 In a new February’s update, there are two things that are really making the game better than before. First, there’s a new location. Scottish “Old Town” (really inspirational name) allows players to burn their engines in a new urban environment. The city is really nice designed, with 6 track variants on which you can race on and a beautifully designed architecture; they really nailed the Scottish look. The races are much more adrenaline pumping and town’s visuals are spot on.

The other feature that this update brings is an option for turning on hardcore handling. You won’t find sim style racing that new Dirt Rally offers, but driving feels more natural and the handling model is much more authentic than on regular settings. DriveClub becomes a completely different game with the new handling option.

Races feel much harder this way and you’ll need some time to practice before you can shine again if you decide to go hardcore. The only problem is that, naturally, you will have slower track times. Which is okay by itself but leaderboards aren’t divided so driving with sim handling option will not bring you even close to your old records. At least, you can dumb down AI soy you’ll still win the races. We hope that split leaderboards feature will be present in the next update. All in all, DriveClub is much more fun now and driving in an urban area without assists is really a blast.