MobiPicker
Tech Hardware PowerColor Giving Away A New Devil Graphics Card, Is it RX 480?
Share on Facebook
Tweet on Twitter
Deal Alert: 49% Off on ExpressVPN
Touted as #1 VPN in the world, ExpressVPN is now offering 49% off & an additional 3-months of service on its annual plans.

PowerColor is making a giveaway, and the prize is a new, yet unnamed, DEVIL graphics card. It’s unknown if the card is based on Polaris 10, but chances are it will be. The winner will be known during the “week of July 11th”, shortly before the new DEVIL non-reference card gets released. There is a high chance of it being a non-reference model of the new RX 480. 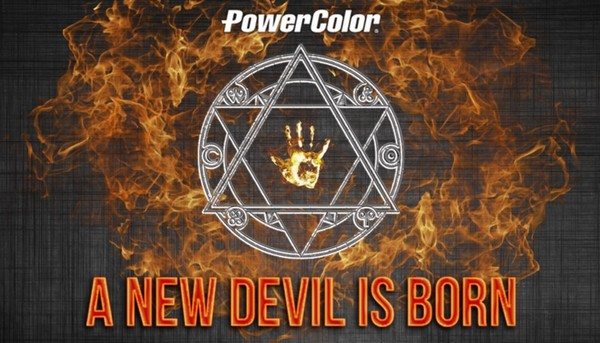 All you have to do is visit the official site, submit your email address and wait for July 11th to see if you’re lucky enough to win this exciting new card.

There is a chance that DEVIL graphics card features two GPUs; PowerColor is known for making dual-GPU cards and if the name tells us something, this card will be special. Who knows, it might happen, dual-GPU RX 480 would be so cool to have.