Gearbox FPS/Moba has revealed the identity of its newest characters, Ghalt and Deande. In a sneak peek released recently, they unveiled the heroes and gave a hint to what they will be able to do.

Gearbox FPS/Moba hints that Deande is a repentant super evil spy. She defected from Lord Commander Lothar Rendain’ devilish plans and began to fight against him. Deande slices up enemies with her war fan at a distance and close range. Tapping L2 will haul the fan while R2 will swing the fan at close range. 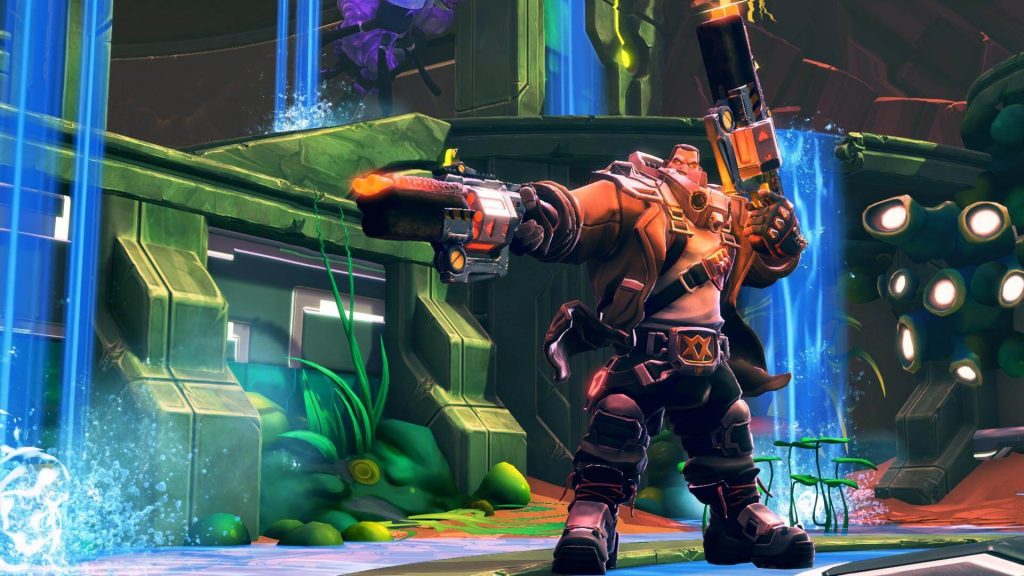 Besides the fan, Deande can send out clone that keeps her enemies busy while she sneaks up on them from behind and delivers a deadly blow. Once she sneaks up, the clone explodes and she gains 25 times her damage output for few minutes. This ability is nicknamed ‘Holotwin’. Every other fighter in Battleborn also has special abilities.

Deande also has another ability known as the ‘Burst Dash’. When used, it launches her forward into a devastating attack that does 200 times more damage and push the enemy back and leave them with 30 percent less attack power. At full upgrade, Deande can unleash the ‘Blink Storm’ which delivers ten simultaneous strikes that both stuns enemies and delivers fifty percent damage.

Ghalt on the other hand has been fighting with battleborn since its inception. His main weapon is a revolver shotgun which delivers huge damage at close range. Ghalt is thickly built and slow which often makes it difficult getting up close at enemies.

Ghalt has two abilities. The first allows him to throw the chain at enemies which wrap the enemies and draws them close, allowing Ghalt to fire his shotgun more effectively. The second is a trap which holds enemies still and delivers damage over time. Both characters show promise in revolutionising the game and fits the overall story of Battleborn.