Google has officially announced the existence of latest Android 5.1, and the same has debuted with Android One devices in Indonesia. There are no words on update for other existing Android devices from any of the companies.

Recently, an image posted by techdroider points that the new Android update is not far away from other Android devices. The leaked image is of Motorola Moto G 2nd generation, which is running on latest update Android 5.1 with build number LXY22E2015-2-2 . As per the report, the build seems to be of February 2nd and Motorola might be testing the software on the device. Techdroider claims that the image was mailed to them by one of their follower. 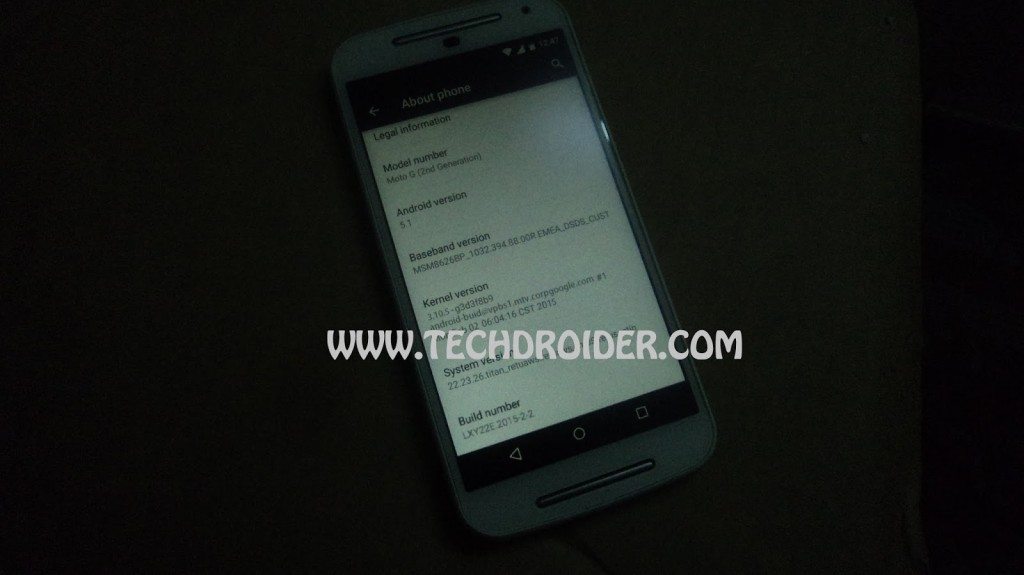 There is no official announcement from Google or Motorola for Android 5.1 update to Moto G 2nd Gen. So, we advise you to treat the news accordingly. If the image is not fake, we hope to get more news on the subject.

Till then, stay tuned !!