MobiPicker
News New Adobe Flash Player Download With Security Fixes, How to Install
Share on Facebook
Tweet on Twitter
Deal Alert: 49% Off on ExpressVPN
Touted as #1 VPN in the world, ExpressVPN is now offering 49% off & an additional 3-months of service on its annual plans.

Adobe Flash Player is one of the most popular plugins for computers and has been here since more than a decade. May it be flash games, simple animations, or flash media players, the Adobe Flash Player has been handling interactive web content. It is very hard to find a personal computer without the flash player in it. 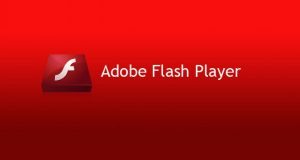 You would have noticed that your PC gives you a notification every few weeks that a new update for the Adobe Flash Player is ready to download. As you may already be knowing, it takes very little time to download and install the update and the whole process is finished in minutes. For those who are wondering why Adobe keeps pushing out Flash Player updates frequently, there are security reasons behind it.

The Adobe Flash Player is used for a huge number of diverse purposes, which is why any vulnerabilities in it can lead to serious security issues. This can result in the users’ security being compromised and hackers can use the loopholes to take control of the users’ data. Also, the updates bring bug fixes that make the Flash Player faster and smoother.

How to Install Adobe Flash Player

If you have already installed the Flash Player on your PC, which is highly likely, then you just need to wait for an update notification. Otherwise, you can go to the official Flash Player site and check for updates manually. If you are installing Adobe Flash Player for the first time, the process is pretty much the same and the installation is finished within a few minutes.

The new Adobe Flash Player version 20.0.0.306 has been released recently and is available on the Adobe’s official website. You can download and install it by following the below source link.