In a bid to ensure endless entertainment without discrepancy of a poor internet connection, popular video-on-demand service Netflix is adding offline viewing into its Windows 10 PC app. The feature has been on Android and iOS since late last year, and now it’s being targeted to Windows 10, with Windows 10 Mobile being an exception. 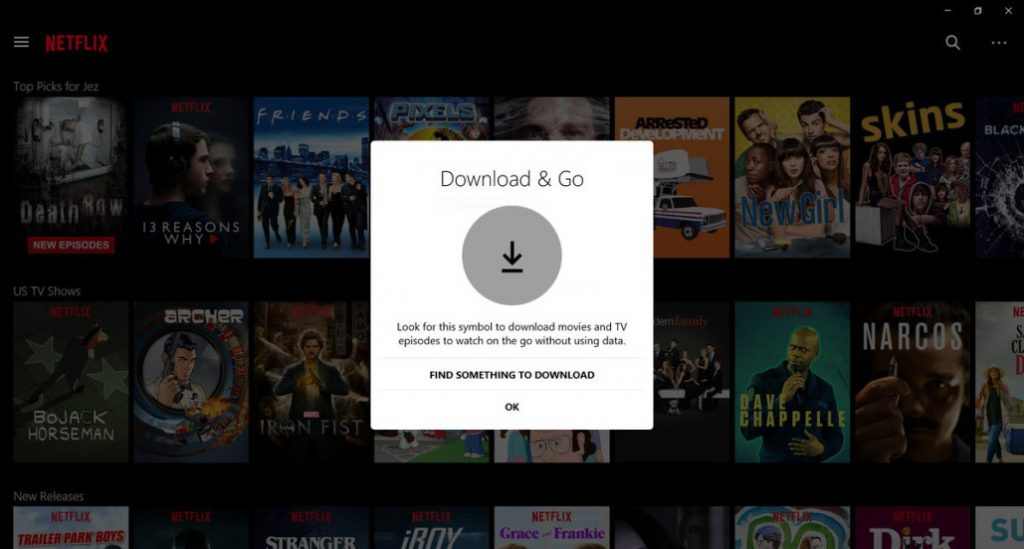 A spokesperson for Netflix confirmed the feature saying, “Today, the Netflix app will support the downloading feature on Windows 10 laptops and tablets. We are constantly exploring new ways to make this feature available to more members and make it easier for more people to enjoy Netflix on the go”.

Not All Shows Are Up For Downloads

But there’s a catch here. Despite moving to a larger desktop screen, Netflix will hold a fair amount of control on what content is available for offline viewing– just like it has on Android and iOS apps. Offline downloads are only available for a limited bunch of titles on the platform – due to rights issues – but we expect the numbers to grow as things settle up!

Anyway, there are still plenty of shows to choose from, particularly Netflix originals like Stranger Things, House of Cards, Orange Is the New Black, Narcos, The Crown, Bloodline, and Sense8. You can even pull some licensed shows and movies such as Breaking Bad, Parks And Recreation, Hot Fuzz, Crazy Ex-Girlfriend, and The Imitation Game.

It is also worthy to note that offline catalogue available for download remains consistent regardless of device — iOS, Android or Windows 10 — but it may vary slightly by region, depending on licensing restrictions.

To download content on the updated Netflix app, all you have to do is just tap the down arrow featured next to the show, movie, or episode you’re willing to save and watch on your Windows 10 PC. Once the download is completed, you can manage – watch or delete – the content from the “My Downloads” section featured in the app.

So now – with offline viewing – you can have endless entertainment at your disposal without worrying about internet access or connectivity. The update is available via official Microsoft Store, and you can get it here.