With an increased worldwide coverage Netflix has now become a perfect carrier of malware operations. In a recent research published by Symantec, Netflix users who want to access it at cheaper rates are the primary targets of this phishing scams.

Under the new scam, users are shown an advertisement about a cheaper mode of accessing Netflix contents. This campaign is unique in the sense that it doesn’t rely on spam email, rather the ad redirects users to a direct download website from where they download malicious files themselves. 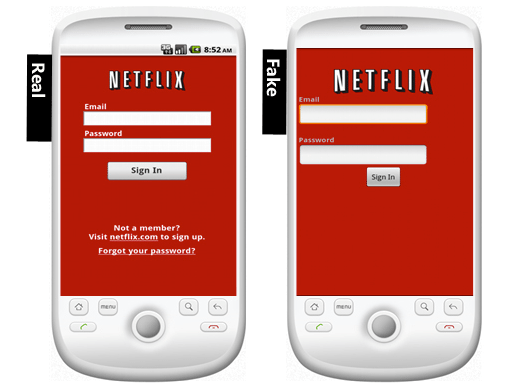 First observed in October 2015, this malware is now part of a campaign that targets users, mainly in Brazil. But fake Netflix apps are not the only thing users should fear, Symantec also warned users against Netflix phishing scams. On January 21, some Netflix Denmark users were asked to navigate to a Netflix clone website to confirm their identity and fix an issue with their latest payment.

The culprits behind this campaign are collecting personal data for each user, including credit card information, which they might later use for fraudulent banking transactions. Symantec also warned users against using phony Netflix membership renting website, which promises them access to Netflix accounts at very nominal prices. Such frauds can hack your financial credentials and can break into your bank account to wipe up all your money.

“A gap in availability, combined with the large interest of users attempting to get the popular service running on their Android device, created the perfect cover for Android.Fakeneflic to exploit,” Symantec said.

People should exercise caution while dealing with such popular apps and should download them from trusted sources only. We advise you to download apps only from the official Play Store or App Store and check the authenticity twice before downloading.

Stay connected for more news on technology and gadgets and do leave your queries and suggestions in the comment box.