A recent fan find on Twitter shows that Nintendo Switch’s Pro Controller has a thing common with Nintendo NES Classic Edition. What’s that special thing; let’s have a look at the details about it.

As one of the many accessories that come with Nintendo Switch console, the Pro Controller is an equally important part of it. Nintendo has built it with eSports in mind so it offers some brilliant features. These features can help players throughout their Switch playtime and might come in handy in various situations. 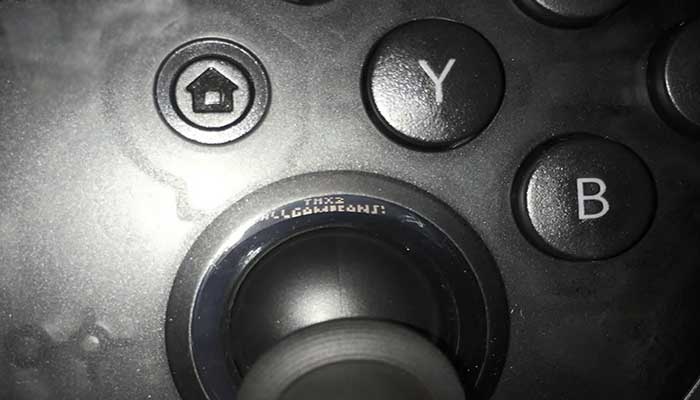 For example, the Pro Controller is beneficial while playing Splatoon 2 in competitive mode. Along with all the generalized features, Nintendo Switch Pro Controller offers some of the niftiest of features as well. These features include the Controller’s use while playing Switch games on TV. This might come in very handy while trying to coax the PC players into purchasing the consoles as well.

Another Nintendo Classic NES similar feature is the Secret Message to all the fans of Nintendo Switch and the Pro Controller. This message reads as “THX2 ALLGAMEFANS” and you can find it under the Pro Controller’s right analog stick. You can clearly see it by pushing down the stick fully. This special message is what Nintendo shares only with Classic NES players and now With Switch players as well.

If you are a proud owner of the Nintendo Switch and you have a Pro Controller, you now know the secret about it. Do look up for your Secret message and let us know about it.