In case you are a huge fan of NBA, it is highly likely that you have already played the NBA LIVE Mobile game on your Android smartphone or tablet. Today, a new update for the game has been released, and the app has been renamed as NBA LIVE Mobile Basketball. The improved game lets you build your own team and defeat your opponents while connective with live NBA events throughout the year. 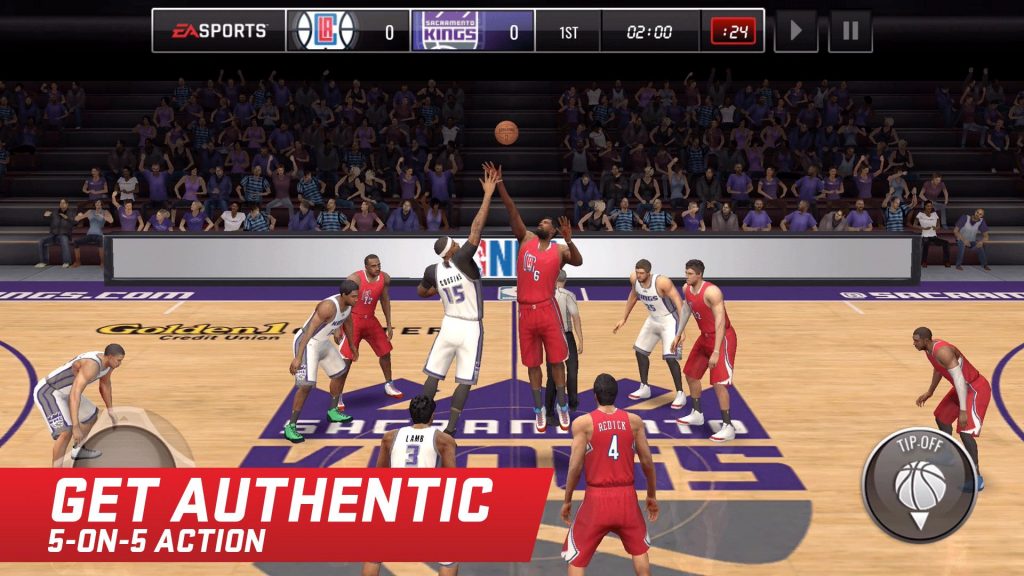 The latest NBA LIVE Mobile Basketball 1.2.6 update comes with new players, team logos, courts, and jerseys. You also get rewards with Live Events and Daily Objectives, and you can now do alley-oops to confuse your opponents. Shot coaching and feedback will let you improve your performance, and there’s throw down dunks too now with drive enhancement. Finally, with more forgiving blocks and fewer turnovers, you can get buckets easily.

So if you haven’t tried this exciting NBA game for Android yet or haven’t got the latest update, it’s available for free. The new NBA LIVE Mobile Basketball download version 1.2.6 (build 4126) is now available in the Google Play Store. You can download the latest NBA LIVE Mobile Basketball APK file from APK4Fun.com. The file weighs 73.2 MB and works on devices running Android 3.2 or later.