The search for extraterrestrial life, spearheaded by NASA, is not just about pointing our best telescopes toward the distant corners of the cosmos. A large part of it also deals with the analysis of many different aspects related to things in our own backyard here on Earth. NASA’s SnowEx initiative is a textbook example of that. 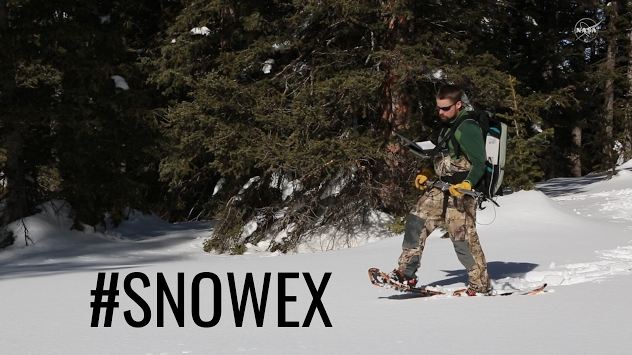 SnowEx encompasses a multi-pronged ‘airborne’ approach to improving the methods of measuring snow depth and volume. Led by NASA scientists, the research attempts to calculate the amount of water stored in snow cover which, they hope, will then help them to better understand how fluctuations in the accumulation of snow impact readily available liquid water worldwide. In other words, that’s water that we use for drinking, agriculture, power, and other purposes.

The study, by extension, will also help researchers learn various previously unknown aspects of underground fresh water sources without which life as we know it would not be possible. Needless to say, this could also be a big leap forward in our collective knowledge while probing other worlds (including those in, as well as outside our Solar System) for signs of life.

Worth noting, despite monitoring seasonal snow cover from space for decades now, our satellites couldn’t accurately measure the amount of water trapped in snow across different types of snow-covered landscapes. According to NASA’s own admission, monitoring snow covers in forest areas was particularly challenging — so much so that by some estimates, scientists may have underestimated the actual amount of water stored in snow by as much as 50%.

Other methods used (such as remote-scanning technologies) also proves more or less ineffective when it came to accurately drawing the real picture.

In a bid to get around these inconveniences, SnowEx will rely on multiple sensors — along with other emerging and long-existing technologies — to bridge the gap in our knowledge.