Juno – NASA’s space probe orbiting planet Jupiter – was built by Lockheed Martin and is operated by NASA’s Jet Jet Propulsion Laboratory. The spacecraft took off from Cape Carnival Air Force Station in August 2011 and entered polar orbit of Jupiter in July this year to begin a 20-month scientific investigation of the Gas Giant. Juno’s mission is to measure Jupiter’s composition, gravity field, magnetic field and polar magnetosphere. The space probe will also search for clues about how the Gas Giant formed, including whether it has a rocky core, amount of water present in atmosphere and mass distribution. 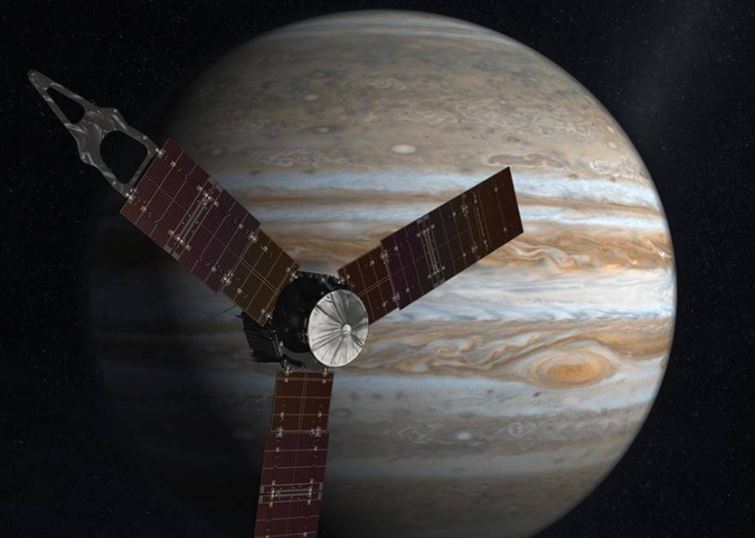 Jupiter is known for its high wind speeds, which can reach up to 618 kmph. When doing its job, the space probe Juno has beamed back a stunning image of Jupiter, showing clearly one of the planet’s many ‘pearls’. The image shows one of a number of huge spinning storms which appear as peal-white spots in Jupiter’s atmosphere. The image was taken as the space probe flew by the Gas Giant’s southern hemisphere in its third encounter. The image was taken from a distance of about 15,300 miles using JunoCam, a color visible-light camera. 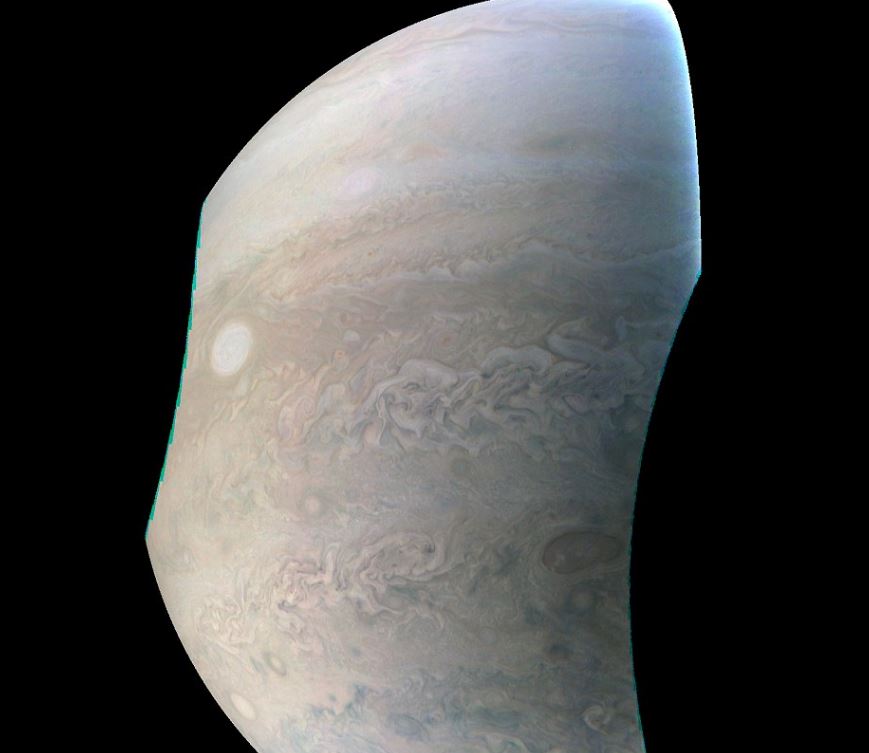 “We have a healthy spacecraft that is performing its mission admirably,” said Rick Nybakken, project manager for Juno from NASA’s Jet Propulsion Laboratory in Pasadena. “What we do not want to do is add any unnecessary risk, so we are moving forward carefully”, added Rick.

How did the space probe get the name Juno? In Greek and Roman mythology, Jupiter drew a veil of clouds around himself to hide his mischief. It was Jupiter’s wife, the Goddess Juno who was able to peer through the clouds and reveal Jupiter’s true nature. Since the space probe will also look beneath the clouds to see what’s happening, it was aptly named Juno.

Sunday’s flyby was NASA’s first attempt to use all of the probe’s instruments. The ‘pearl’ picture captured does make the mission interesting, but is by no means the space probe’s only goal. The space probe is busy mapping Jupiter’s magnetic and gravity fields, revealing the planet’s deep structure. It will also explore and study Jupiter’s magnetosphere near the planet’s poles, especially the auroras.