Discovered in 1610 by Galileo Galilei and named after Europa, the mother of King Minos of Crete and lover of Zeus, Europa is the sixth-largest moon in our Solar System. Primarily made of silicate rock, it’s also the smallest of the four Galilean moons that orbit the Gas Giant and the sixth closest to our planet. Europa has been the subject of discussion for quite some time now because NASA thinks it’s their best shot at finding extra terrestrial life in our Solar System. And now, NASA is planning to send a mission to Europa to confirm their speculations. 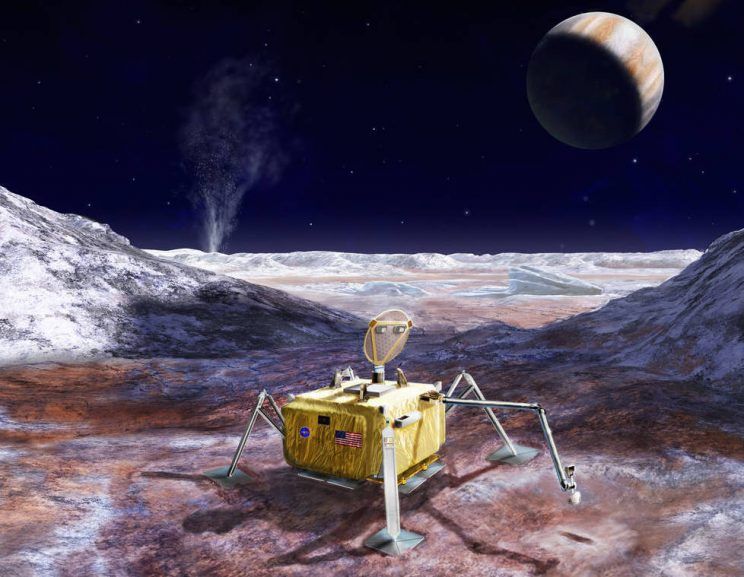 NASA is planning on launching two Europa Clipper probes to Europa, starting in 2022. The first flyby mission will launch in 2022 and the second one is scheduled to follow a few years later.

“We’re really trying to get at Europa’s potential habitability, the ingredients for life: water, and whether there’s chemical energy for life. We do that by trying to understand the ocean and the ice shell, the composition and the geology. And mixed into those is the level of current activity at Europa”, told BBC.

The Clipper will carry several instruments to search for extra-terrestrial life, including a camera, spectrometer, ice-penetrating radar and a magnetometer. Europa mission is by no means less complicated; its orbital path takes it deep into Jupiter’s powerful magnetic fields, which sometimes fry spacecraft electronics. This limits the duration of missions to just a few weeks. And exploring Europa is expensive. The exorbitant costs involved in getting the missions right is something NASA has been working on.

Clipper is expected to make at least 45 close flybys of the icy moon over a period extending three-and-a-half years. “We realized we could avoid those technical challenges of orbiting Europa, make the mission much more achievable and still get the science we want if we fly past it a lot,” says Clipper’s program scientist”, says Clipper’s program scientist Curt Niebur.