What NASA’s curiosity rover recently found on the surface of Mars is made of metal and it looks kind of weird. And it surely is not anything that can be traced back to Earth..! But before you start making assumptions, allow us to clarify that this is not a hoax or any crackpot conspiracy theory about some sophisticated alien civilization.

The globular, golf-size ball found by Curiosity is actually an iron-nickel meteorite that crashed into everyone’s favorite Red Planet.

….Bummer, we know! Especially for those who landed up on this page hoping to see “breaking” evidence supporting the existence of alien civilizations. 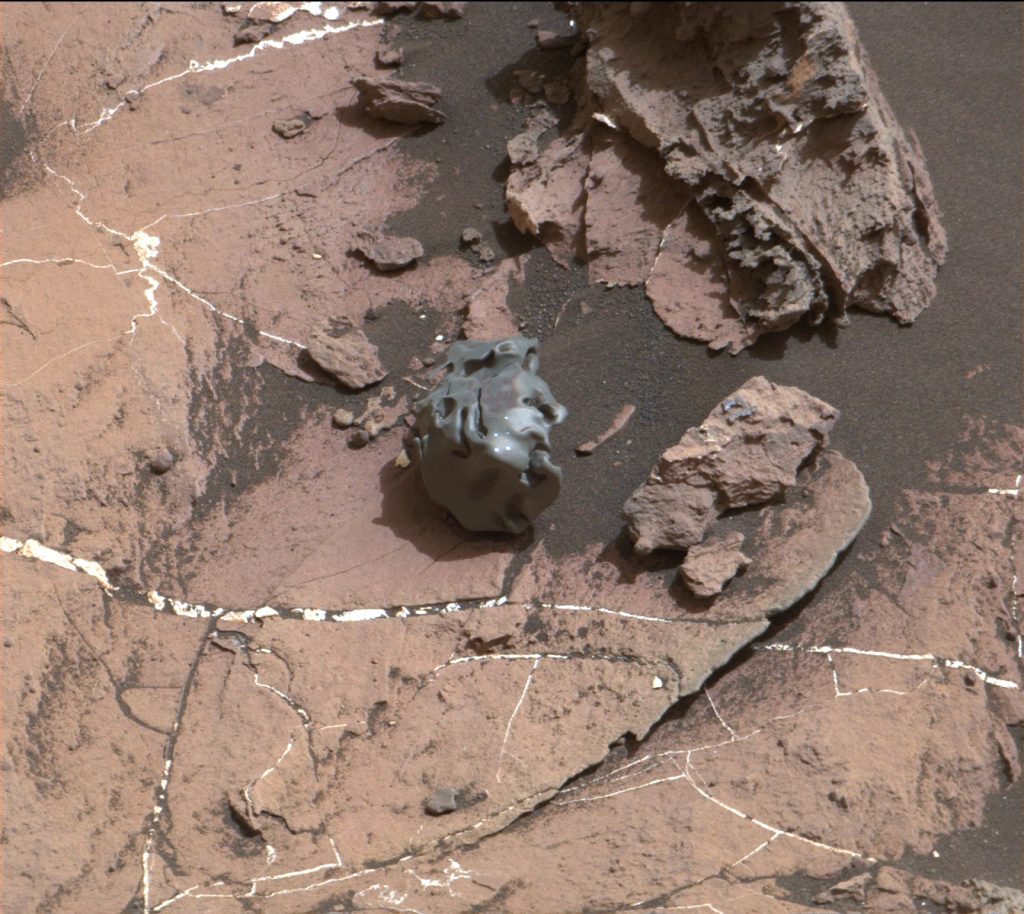 What’s the big fuzz about the space-rock then?

Iron-nickel meteorites are a common type of space rocks found on Earth. NASA found similar objects on the Martian soil in the past too. However, this one, commonly referred to as the “Egg Rock”, happens to be the first on Mars to be examined with a laser-firing spectrometer.

To accomplish the mission, the team of engineers and scientists behind Curiosity deployed a bunch of Chemistry and Camera (ChemCam) instruments.

Scientists at the Mars Science Laboratory (MSL) project that operates the rover first spotted the odd-looking meteorite in photographs clicked by the Mast Camera on the rover at a place where it reached by a scheduled drive on October 27.

“The dark, smooth and lustrous aspect of this target, and it’s sort of spherical shape attracted the attention of some MSL scientists when we received the Mastcam images at the new location,” said ChemCam team member Pierre-Yves Meslin, at the Research Institute in Astrophysics and Planetology (IRAP), of France’s National Center for Scientific Research (CNRS) and the University of Toulouse, France, as reported by the DNA India.

As per ChemCam’s findings, the meteorite consists mainly of iron, nickel, and phosphorus, as well as other lesser ingredients.