After more than three years as Chief Scientist with NASA, Ellen Stofan is departing for new adventures. Prior to her appointment as the Chief Scientist, Stofan served as the vice president of Proxemy Research in Maryland and an honorary professor in the University College London department of Earth sciences. She has also worked at NASA’s Jet Propulsion Laboratory (JPL) from 1991 to 2000. She was also an associate member of the Cassini Mission to Saturn Radar Team and has worked with Mars Express Mission’s MARSIS sounder team. Stofan also served as deputy project scientist for Magellan Mission to Venus. 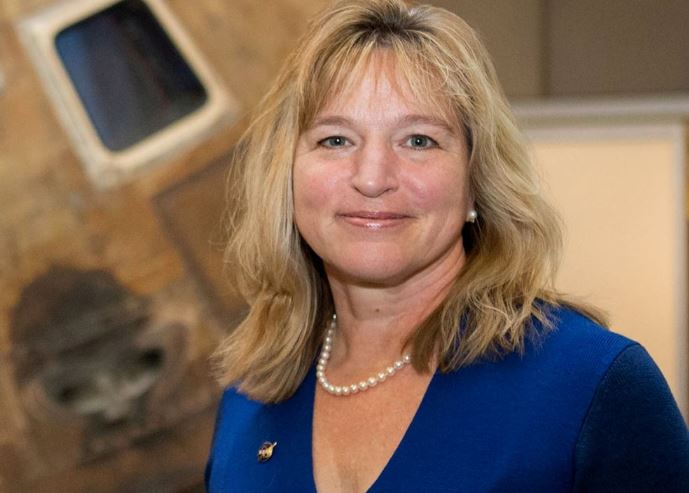 NASA made an announcement on Dec 21, 2016, on its Tumblr page about Stofan’s decision to leave the space agency. NASA hasn’t issued any other reason for Stefan’s departure from the space agency, apart from “departing for new adventures”. Stofan took some time and answered some of the questions posed to her about her stint with NASA. When asked about the changes she made at the agency, Ellen Stofan replied – “As Chief Scientist, I got to work on a lot of fun challenges, from our strategy on how to get humans to Mars, to learning about and promoting the research we do every day on the International Space Station. But one of the things that I am most proud of is that, working with my team, NASA now collects voluntary demographic data on all of our grant proposals. Implicit or unconscious bias is all around us; we may act on deep-seated biases that we don’t even know we have. The first step in dealing with bias is seeing if you have a problem, and that is what the data collection will tell us”

As for her solar system destination dreams, as a planetary geologist, Ellen Stofan is more excited by one of the ocean worlds of our outer solar system – Titan, one of Saturn’s moons. She says it’s an amazing little world where it rains and the liquid forms rivers, lakes and seas but that the liquid is actually methane and ethane, rather than water. When asked about whom she will miss most, Ellen replied – “It’s the people of NASA whom I will miss the most. Everyone I work with is so committed to the mission of this agency—pushing back the frontiers of science and technology to accomplish great things for the nation. NASA represents the best of this country. We demonstrate that with hard work and determination, we can explore the universe, our galaxy, our solar system and our home planet.”

Stofan received her Bachelor’s of Science from the College of William & Mary in 1983 and completed her Master’s and Doctorate Degrees from Brown University. Her doctoral thesis – “Geology of coronae and domal structures on Venus and models of their origin” reviewed the geology of terrestrial worlds such as Mars, Earth, and Venus as well as Saturn’s moon Titan.