Shocking reports from the NASA’s New ‘Intruder Alert’ system claims to have spotted an incoming asteroid. Scientists and astronomers are yet to find out whether the asteroid will pose a threat to life on Earth. A large space rock is passing very close to the Earth tonight and the chances for an impact are still unknown. So far, the Scientists at NASA claim that it is not going to hit Earth.

The new ‘Intruder Alert’ System of NASA is capable of spotting potentially dangerous asteroids. The project was developed at the NASA Jet Propulsion Laboratory. The computer program named ‘Scout’ is now able to detect celestial intruders. 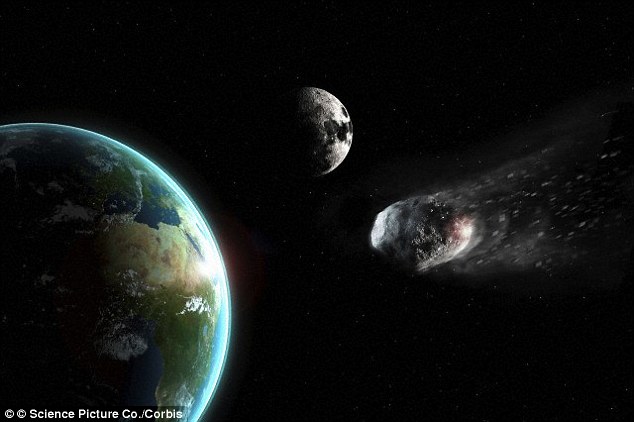 In the case of any possible bodies travelling close to Earth, the ‘Intruder Alert’ System makes a quick calculation to determine the chances of an impact on Earth. ‘Scout’ collects data from all advanced telescopes and lists out the objects near to Earth.

The rock will be passing Earth tonight, according to the reports received from NASA’s Pan-STARRS (Panoramic Survey Telescope & Rapid Response System). ‘Scout’ prepared a quick study and determined that the Earth was on its path, but luckily it would miss us by approximately 310,000 miles. Later this was double confirmed by the Tenagra Observatory, Spacewatch and the Steward Observatory which confirmed that we would miss the asteroid by a peaceful margin.

The CEO of B612 commented on this event. He stated that if we knew things in advance by a period of 10 years or 20 years, then there is time to do something. While the European Space Agency is working on a research and development project to deal with dangerous asteroids.

Every now and then, Earth is under a threat. No one knows what might happen when there is a RED ALERT! Hope NASA has found a solution to it by then.