As the scientific community worldwide celebrated the recent discovery of more Earth-like rocky planets in our cosmic backyard by the Kepler space observatory, a top NASA official speaking at an event in Chennai, India, stated that sending humans to Mars in the near-future is currently top-priority for the premier space agency.

“Sending humans to orbit Mars is our primary mission now. We are working on the human and rocket technologies required for the long mission,” said Lt General Larry James, deputy director of Nasa’s Jet Propulsion Laboratory.

James made the remark while delivering a talk on “Exploring our World, the Solar System, and the Universe” at Birla Planetarium on Tuesday.

Speaking to the press following the event, the senior NASA official said: “We are doing human research in that mission. Next stage is going to lunar space and building habitat there and staying for long periods of time.”

Explaining the challenges associated with a manned mission to Mars, James said that it generally takes five to six months to reach Mars, adding that a human mission to the Red Planet could take around a year more so Mars and Earth can align themselves in a position that would make it easier for the visitors to come back home in a shorter duration.

“We are talking about two to three years to orbit Mars and come back.  So how do you keep the crew alive that long in terms of protecting them from radiation and ensure they have supplies? So, a lot of work still has to be done just to make sure the crew safety,” he said.

Meanwhile, NASA is currently focusing on the development of a new rocket technology called Space Launch System (SLS) for carrying humans to mMars The space agency hopes to be able to pull off all the hard work by the year 2030 before waving the green flag at what will probably be the first ever manned mission to Mars. 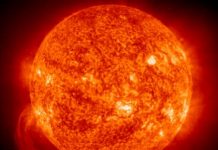 NASA To Send Spacecraft To The Sun; Solar Probe Plus Mission To Be The First Of Its Kind