A journey of seven years, the OSIRIS-REx spacecraft to explore celestial body “close” to Earth.

Land on the asteroid Bennu, collect a sample and bring it back is a challenge. A journey of seven years, the OSIRIS-REx spacecraft to explore the celestial body “close” to Earth. 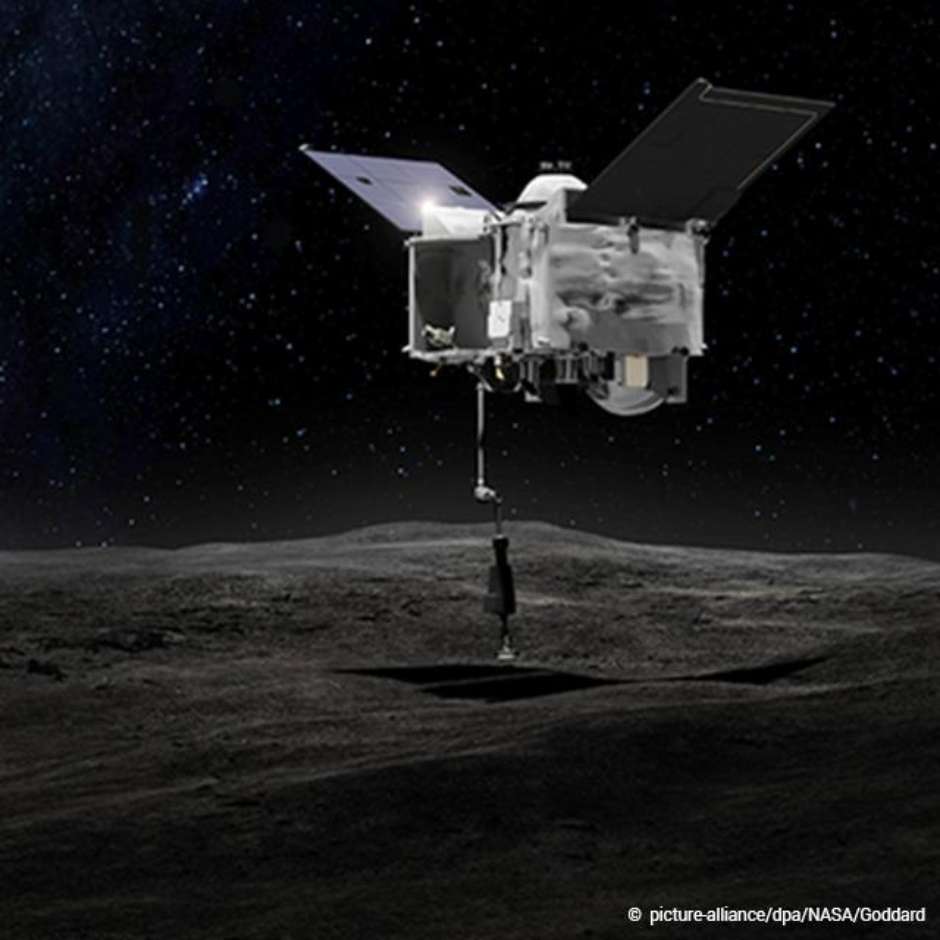 A few days ago the European Space Agency (ESA) announced that it had finally found the Philae robot on the comet 67P / Churyumov-Gerasimenko. He hurried world the touching image of the little robot in a dark fissure comet two years after finishing with (relative) success the first landing on a comet.

Philae was in charge of a series of scientific experiments in the 67P, having managed to achieve 80% of the task before its battery ran out. The Rosetta probe, which had carried, orbited the comet to study its core and surroundings. That done, and Philae located one month before the end of the mission, Rosetta is expected to collide with the surface of the comet on 30 September. What a way to finish.

Now is the time NASA. But the US space agency wants to go one step further: its OSIRIS-REx spacecraft will fly to the asteroid “near-Earth” Bennu and – a lot of things go right – bring a sample for scientists to study on Earth.

What is OSIRIS-REx and what your mission is?

OSIRIS-REx is a spaceship. His name means Origins Spectral Interpretation Resource Identification Security – Regolith Explorer . She is about to begin a seven – year mission in asteroid near Earth Bennu, formerly known as 1999 RQ36.

The spacecraft will orbit the sun for a year, before using the Earth’s gravitational field to approach the Bennu. Using a “series of small rocket thrusters”, it will align your speed with the asteroid and perform landing. 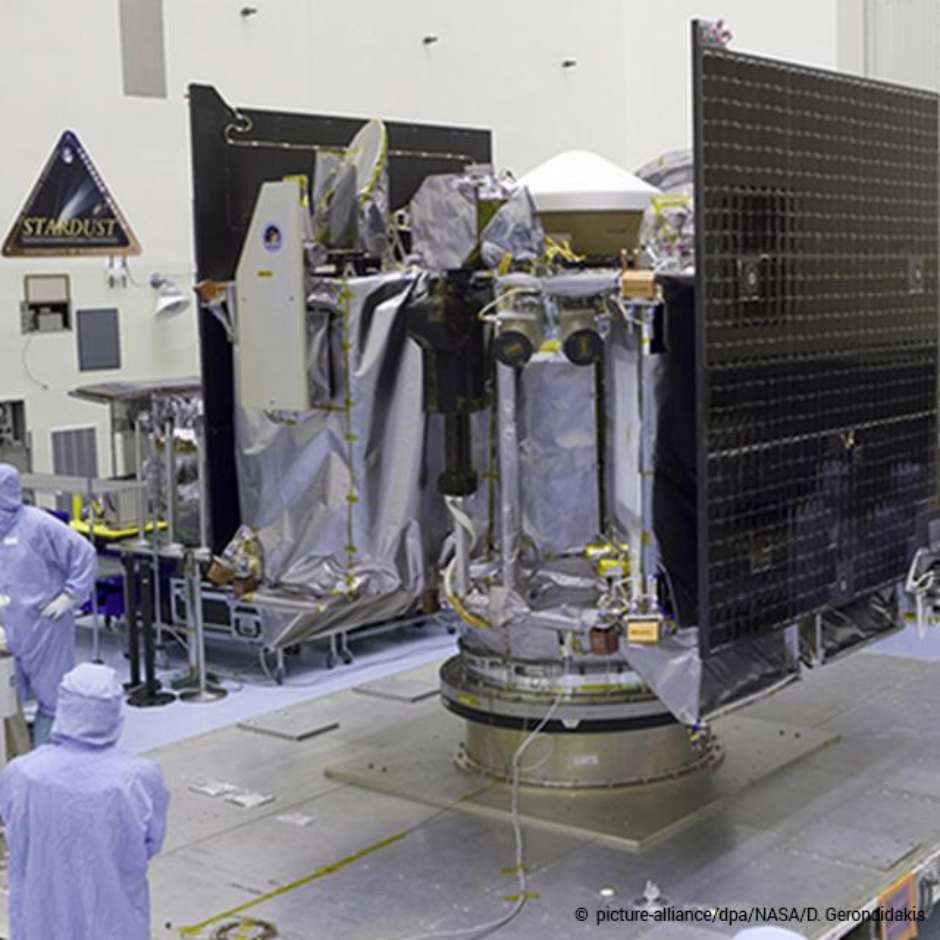 When the OSIRIS-REx will be launched?

The launch of the probe from Cape Canaveral, Florida, is scheduled for 19h05 on Thursday (08/09) (20h05 GMT). This is just the beginning of the season releases that lasts 34 days.

The Atlas V rocket 411 takes the OSIRIS-REx into space. It is a “disposable advanced launch vehicle” operated by United Launch Alliance, a joint venture of Lockheed Martin and Boeing.

When will the Bennu?

The OSIRIS-REx should reach the asteroid Bennu in 2018 and is scheduled to return to Earth in 2023, seven years after the start of the mission.

What are the scientific objectives of the mission?

It’s all explained in the name:

Origins : NASA says that the OSIRIS-REx will return to Earth bringing a sample of the asteroid “pristine and rich in carbon.”

Spectral Interpretation : it must provide observations for telescopic data of the entire population of asteroids.

Resource Identification : mapping the chemistry and mineralogy of a primitive asteroid rich in carbon.

Security : to measure the Yarkovsky Effect of sunlight on the orbit of a small asteroid. An asteroid like Bennu receives a “push” to absorb light and re-emit the energy as heat.

The Bennu is what is called a ‘near-Earth object “(NEO, in English), the asteroids that are closer to our planet. “Next” is to be understood here in a relative way: the NEOs orbit up to 1.3 AU (astronomical unit) from the Sun, or about 193 million kilometers (the distance between the Earth and the Sun is 1 AU).

For the OSIRIS-REx mission be viable, NASA had to choose an asteroid located between 0.8 AU and 1.6 AU, with orbit similar to Earth. When Bennu was selected was 7000 unknown NEOs, but only 192 met the initial criteria.

Another prerequisite was the diameter of the asteroid, which should be greater than 200 meters. smaller asteroids than that rotate so fast that any loose material – regolith that the OSIRIS-REx hopes to collect and analyze – can be thrown away. In addition, the asteroid had to be large enough to allow the spacecraft to make contact. Only this criterion reduced the 192 candidates to 26.

Finally, the choice also was due to the asteroid’s composition. The mission aims to collect a rich sample of carbon a “primitive object” – ie who has suffered the least possible changes, for example, by collisions, since the solar system formed, about 4 billion years.

Asteroids contain organic molecules and other elements that are believed to have brought life to Earth, including water. Of the 26 remaining candidates, the composition of only 12 was known, and only five were primitive and rich in carbon.

So why the Bennu gained from others?

The lucky Bennu is an asteroid type B, with a diameter of about 500 meters. He is one of the “black objects” in the solar system, so NASA believes is covered by carbon material, the “building blocks of life.”

And speaking of life, every six years the Bennu passing incredibly close to our planet, about 0.002 AU. So he has “very likely to collide with the Earth at the end of 22 century.” What it is already a good reason to know more about it. Is very fast.

What OSIRIS-REx leads as cargo?

The OSIRIS-REx has five scientific instruments to explore the Bennu by detection sensor and remote scanning the surface. There is a set of cameras, including a MapCam to map the surface; one PolyCam (a type of telescope) that will photograph the asteroid at a distance of 2 million kilometers: SamCam and to record the time when the ship collecting the sample of Bennu.

Spectrometers will measure temperature, visible and infrared light, and the spectrum of x-rays to determine the elements present in Bennu and quantity. If and when they came to Earth, all samples will be distributed and reviewed by teams from around the world.