A journey to Mars, disregarding current finance and propulsion problems, would take a while, around six months in order to reach Mars. The astronauts would be trapped inside a tiny ship without much space for anything, and since they need food every day, packing the spacecraft with enough nutrients to last for the whole mission is a great challenge. 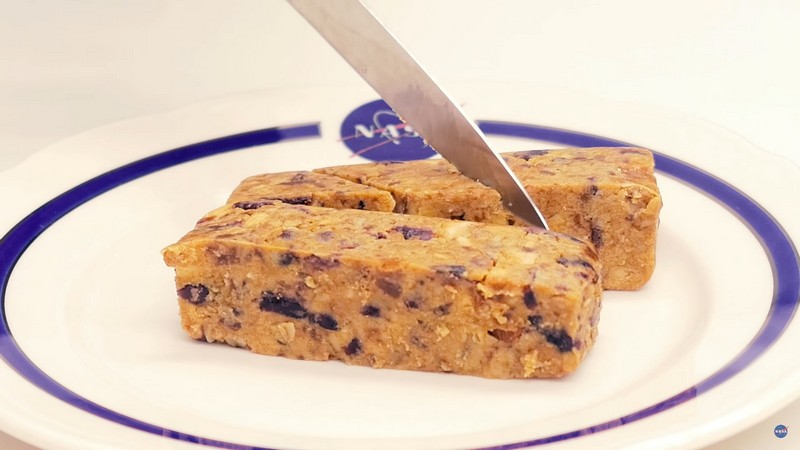 NASA is already developing special food that will be used on future Mars missions, which could become a reality in the next ten or twenty years. The food has to be lightweight and to have enough calories at the same time, with the main goal of providing astronauts with enough food while at the same time not adding a lot of extra weight to the Orion spacecraft, the name of the spacecraft that will take humans to Mars.

For now, NASA is developing food bars to be used for breakfast. “When you have 700 to 900 calories of something, it’s going to have some mass regardless of what shape it’s in, so we’ve taken a look at how to get some mass savings by reducing how we’re packaging and stowing what the crew would eat for breakfast for early Orion flights with crew,” Jessica Vos, deputy health and medical technical authority for Orion said. She continued stating that “When you think about multi-week missions in Orion, having just one package for breakfast items for crew will help us limit the space we need to store them.”

The scientists have to make the food as light as possible since the majority of available space will be spent on fuel. So, unlike on the ISS (International Space Stations) that receives regular food shipments for Earth, and which offers its residents a choice consisting out of more than 200 food items, astronauts onboard Orion will have to be content with just a few food choices.

Although there are lots of protein bars out there, not a single one is good enough for the Mars mission. As Takiyah Sirmons, a food scientist with the Advanced Food Technology team at NASA’s Johnson Space Center in Houston said, “There’s no commercially-available bar right now that meets our needs, so we’ve had to go design something that will work for the crew, while trying to achieve a multi-year shelf-life.”

Although food bars will be used for breakfast, the astronauts will have different choices for other meals, food choices similar to the ISS. Food bars just can’t be used for all meals since they may lower the crew morale; it’s important to provide quality and tasty food for long missions since taste and food quality are important when you are stuck in a can for six months. For now, NASA works on adding interesting flavors to food bars; they are experimenting with two flavors at the moment, orange cranberry and barbecue nut.

In order to make food as good as they can, scientists at NASA are also working on a vegetable production system, similar to the one found on the ISS. Regarding Orion spacecraft, its first manned mission, that should take astronauts into deep space beyond the Moon, is slated for 2021. The mission should last for a couple of weeks, with more missions to come after.