Saturn’s moon Titan not only boasts being the second largest moon in the Solar System, but it also happens to be the only known world other than Earth to harbor stable bodies of liquid. The only difference being that the liquid bodies on the Titan are made of hydrocarbons such as ethane instead of water. 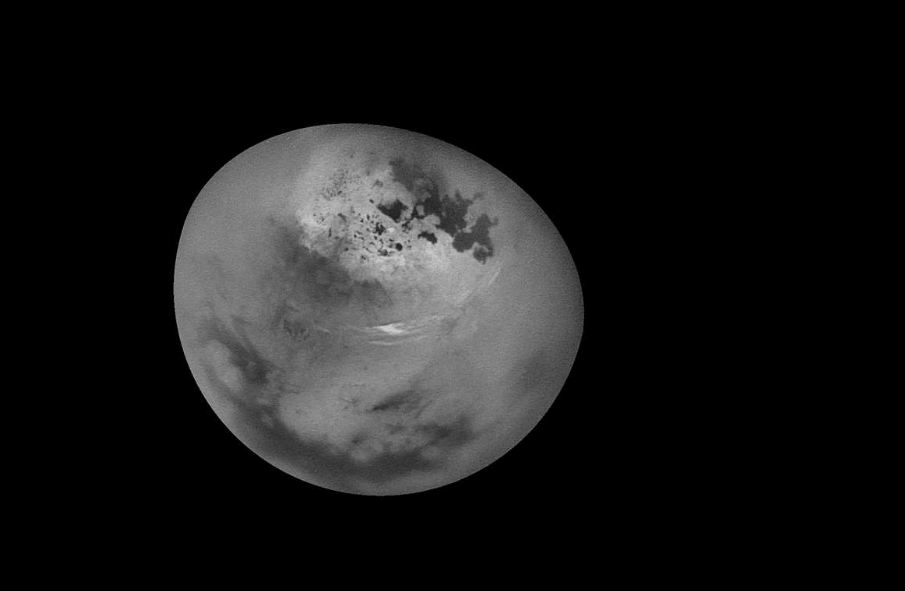 Titan is also considered to be a rare celestial body in our cosmic neighborhood that, according to many scientists, has the necessary ingredients to host life. Although, if that’s true and if life forms are currently swimming in those lakes and seas made of hydrocarbons, they are likely to be vastly different than Earth-based life. Overall, it is a pretty fascinating celestial object that scientists have been taking a shine on for a long time.

In fact, the scientific community is now likely to observe this giant moon more carefully after NASA’s Cassini spacecraft sent a time-lapse video of methane clouds hovering over Titan’s skies.

As you can see in the video,  several sets of clouds are visible. The video was made by combining images Cassini captured at 20 minutes intervals over a span of 11 hours on Oct 29 and Oct 30.

“Most prominent are long cloud streaks that lie between 49 and 55 degrees north latitude,” NASA officials issued a statement.

“While the general region of cloud activity is persistent over the course of the observation, individual streaks appear to develop, then fade. These clouds are measured to move at a speed of about 14 to 22 miles per hour [23 to 35 kmph].”

The video also shows more transient and much smaller clouds hovering farther north, above the liquid hydrocarbon seas and lakes near Titan’s north pole. The video shows these clouds moving at only 1.6 kmph, or 1 mile per hour before dissipating over 11 hours. 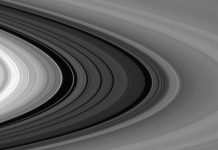 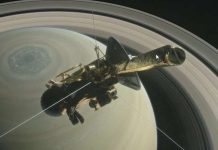 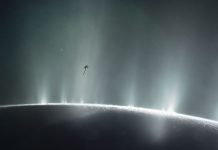