NASA on Thursday released pictures of Pan, one of Saturn’s 60 known moons and drew immediate attention with its unique shape and appearance.

The unprocessed images of Saturn’s tiny moon were captured by NASA’s Cassini-Huygens spacecraft during a flyby that brought the probe within 15,268 miles of the 22-mile-wide Pan. 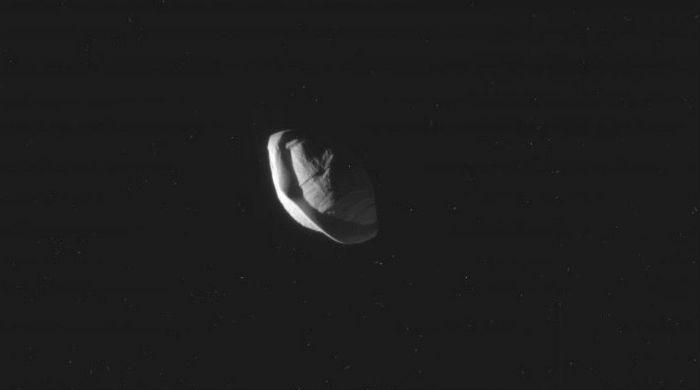 Nasa tweeted: “These images are the closest images ever taken of Pan and will help to characterize its shape and geology”. However, they also gave netizens a chance for a giggle as users chimed in, comparing the moon to a UFO, ravioli (a type of dumpling), and even President Donald Trump.

Pan is named after the Greek  “satyr” – the name for a mythical beast with the hind legs and hooves of a goat but the face of a man. It orbits in a hole in Saturn’s rings called the Encke Gap. 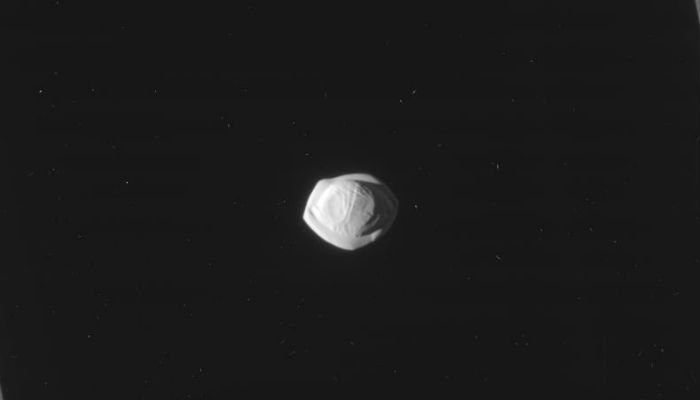 According to NASA, Pan’s strange shape comes from what is called an equatorial ridge, a characteristic it shares with one of its sister moons, Atlas. “The ridge has formed over the course of Pan’s history because it orbits Saturn inside the planet’s rings, collecting stray particles as it goes”, said Preston Dyches, a spokesman for NASA’s Jet Propulsion Lab in Pasadena, California.

In a joint effort of NASA, the European Space Agency and the Italian Space Agency, Cassini had arrived at Saturn in July 2004 to study the planet, its rings, and its moons.

The project will come to an end on September 15, 2017, as next month, the spacecraft will begin its final mission before plunging intentionally into Saturn’s atmosphere, in a death dive designed to ensure that the mission doesn’t contaminate Titan or Enceladus.