Starwisp is a hypothetical unmanned space vessel able to travel long distances between stars by using a microwave sail powered by microwaves from a man-made source. The concept of starwisp aircraft was mentioned in some SF novels, most notably in Accelerando written by Charles Stross.

In reality, a starwisp type of ship could fly to our nearest star, the Alpha Centauri, but some problems still have to be solved before that happens. For instance, massive amounts of interstellar radiation would destroy the ship’s electronic parts, making it impossible to launch such a vessel at the moment. 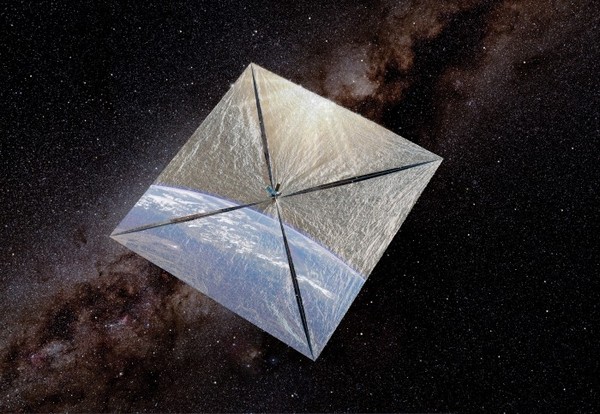 NASA and Stephen Hawking are working together on a project aimed at sending a tiny spacecraft to Alpha Centauri. The craft would travel at one-fifth the speed of light and it would take it around 20 years to reach the closest star to our solar system. The spaceship is named “StarChip” and was announced in April, on the 55th anniversary of Yuri Gagarin’s first space flight. It is a part of a project called Breakthrough Starshot project, and its goal is to send a craft to our closest star. The project is financed by NASA, Stephen Hawking, Mark Zuckerberg, Yuri Milner (a Russian billionaire), and others.

The ship would use sails pushed by beams of focused light (lasers) from a source in our solar system. It would also be equipped with cameras to take shots of any potential planets it finds. As Yuri Milner, founder of the Breakthrough Initiatives, said in April, “For the first time in human history, we can do more than look at the stars, we can reach them.”

Milner stated that the “Starchip is about the size of a postage stamp, although a little bit thicker. It can be massed produced at the cost of an iPhone.” The program is funded with $100 million, with the team currently working on a proof of concept for using the light beam to propel the spacecraft to the one-fifth of light speed. At the moment, using our current technology, it would need around 30,000 years to reach Alpha Centauri.

The main problem is the interstellar radiation, but the team working on the project might found a solution. A research found that self-healing silicon chips might make the journey possible. The study is conducted by researchers at NASA and the Korea Institute of Science and Technology (KAIST); it suggests that self-healing chips would indeed help the vessel in reaching its target, reading: “Therefore, the lifetime of devices can be extended, which opens an opportunity for nano-spacecraft sustainable for more than 20 years of deep space exploration.”

The ship could be diverted in order to avoid high-radiation areas, but that would prolong the mission for years, and the protective shielding would just add too much weight to the spacecraft. The journey is a long one; the Alpha Centauri is around 25 trillion miles (4.37 light years) away from our solar system. Hawking stated that “With light beams, light sails and the lightest spacecraft ever built we can launch a mission to Alpha Centauri within a generation.”