Naruto Shippuden episode 496 was released a few days ago and spoilers regarding what will happen in episode 497 have surfaced. Before we get into that, lets talk about what the previous episode featured.

In the previous episode, after facing some difficulties, Ino, Shikamaru, and Choji decided to get the perfect gift for the wedding couple. Sakura and Ino on the other hand, had a clash between them as both of them decided to gift the same thing. As this was totally unacceptable for both, they decided to have a cooking contest and the winner will get to gift the thing to the couple. 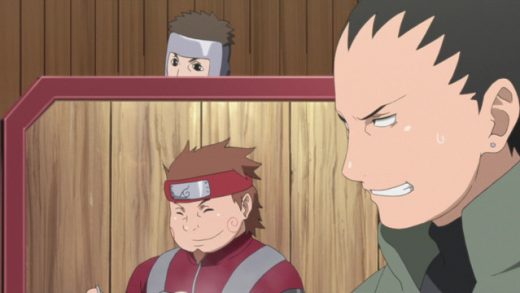 Now, in the next episode of, Gaara and Killer B are said to find a gift for the couple. Fans will get to see what troubles they will get into while they search for the perfect gift. Both of them are also getting into the idea of romance. It will be without any doubt, interesting to see what the two will get for the wedding couple as both of them have never gotten themselves into something like this before.

Naruto Shippuden episode 497 will be out on March 2, 2017. Excited to see what Killer B and Gaara will get? Let us know in the comments below.