Naruto Shippuden fans will be happy to know that the anime series will start airing new episodes starting December 1.

Naruto Shippuden episode 484 is currently scheduled to release on December 1. Episode 485 on the other hand, will be released on December 8. Starting from episode 484, a new chapter will begin which will focus on the journey of Sasuke Uchiha. Naruto Shippuden episode 485 is titled as Sasuke Shinden: Book of Sunrise – Colosseum, which indicates that the next few episodes will cover the events of the previously released book, Sasuke Shinden: Book of Sunrise.

As the episodes will be based on the book, the events covered in them will focus on Sasuke’s journey, like what happened after the great war. The episodes will also feature the battle between Naruto and Sasuke. Sasuke Shinder: Book of Sunrise features Sasuke’s journey in which he decides to avenge Hidden Leaf Village. However, the latter couldn’t complete his journey as he was stopped by Naruto at some point. 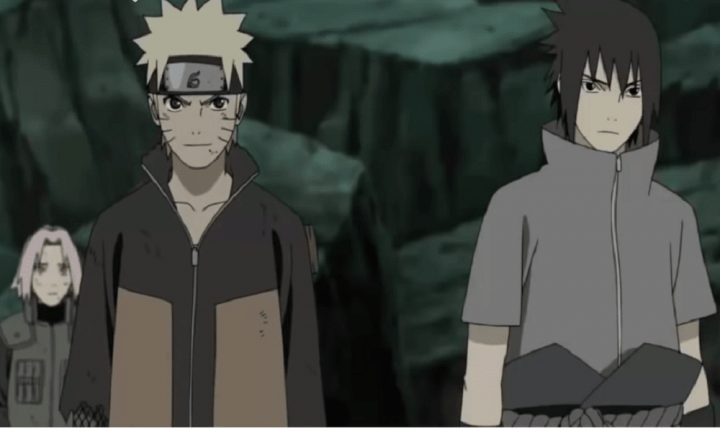 As for his journey in the manga, he decides to learn the mystery behind Kaguya Otsutsuki. He even successfully managed to learn it. So if the next few episodes reveal this journey of his, then fans can definitely expect to see some big new surprises.

Sasuke Shinder: Book of Sunrise To Cover Around Four Episodes

Sasuke Shinder: Book of Sunrise was released last year in Japan. The book consists of around 244 pages, which suggests that around four to five episodes will cover it. The book Itachi’s Story – Light and Darkness has around 544 pages and it was covered in eight episodes. As Sasuke Shinder: Book of Sunrise is only half of what Itachi’s Story – Light and Darkness is, it will most probably get covered in four episodes.

Along with this, Naruto Shippuden episode 484 and 485 are also rumored to feature a new generation of Ninjas. Naruto’s son, Uzumaki Boruto is expected to get featured first. As we all know, Sasuke has remained very quiet about his past, so a lot of secrets about him are yet to be revealed. As the next few episodes will focus on him, many big secrets regarding him are expected to get revealed. So fans should prepare themselves for some surprises.