Battery technology is pretty stale compared to other tech branches connected to mobile devices. We can have super crisp displays, monstrous hardware, and excellent operating systems, but the battery capacity is still far behind. Well, researchers at the Michigan State University made a device that can turn motion into energy, able to power our mobile devices infinitely.

Simple motions, like typing on a laptop keyboard, or tapping a smartphone screen can generate enough power to charge batteries. The technology is named biocompatible ferroelectric nanogenerator (FENG), and it has the potential of making a revolution with mobile batteries.

As Nelson Sepulveda, lead researcher, said, “What I foresee, relatively soon, is the capability of not having to charge your cell phone for an entire week, for example, because that energy will be produced by your movement.”

A prototype of the device was showcased; the device is made out of silicon, with layers separated by walls of silver, polypropylene ferroelectric, and polyimide slices. The layers are ionized and can help in generating electric energy from the substrate after they are compressed. The device itself is thin, flexible and suitable for many different applications.

FENG is very tiny; one palm-sized prototype was able to power a line of LED lights, another prototype, smaller than a finger, was enough to turn touchscreen finger taps into electricity. The researchers stated that FENG has a huge potential to turn into “a promising alternative in the field of mechanical energy harvesting,” and could be used in the future to power batteries of smartphones, tablets, laptops, wireless headsets and more.

An interesting fact about FENG is that the device is capable of doubling its power output when folded. Could this technology find its way into the upcoming foldable-screen smartphones? Maybe.

The researchers are very optimistic when talking about potential uses for the device. It is lightweight, scalable and simple to make, making it a perfect technology for turning motion into power. Right now, the researchers work on enabling wearable devices to charge via human motion. Aside from Nelson Sepulveda, other contributors to the research included Wei Li, David Torres, and Tongyu Wang (doctoral scholars), and Chuan Wang, assistant professor of electrical and computer engineering at the MSU.

FENG has lots of potential uses. As we all know, wearable devices are getting more and more popular and having the means to recharge them while on the move could finally make them interesting to a broad tech audience. For more info on FENG, check out the latest issue of Nano Energy. 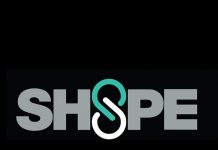 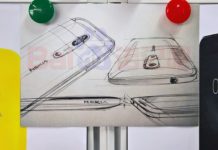