A mysterious Xiaomi phone that is codenamed as Riva has appeared on Geekbench. The benchmark listing has revealed some of its specs which indicate that it could be the next budget phone from the company.

According to Geekbench listing, the Xiaomi Riva is driven by a quad-core processor that works at 1.4 GHz along with 3 GB of RAM and it is running on Android 7.1.2 Nougat OS. On the single-core test, the mysterious device has scored only 560 points whereas, on multi-core test, it has recorded a score of 916 points. 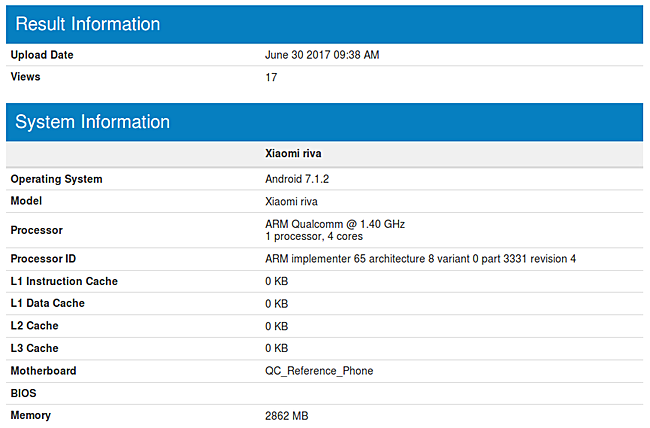 The above scores are quite low and it’s lower than the Redmi 4A’s score on Geekbench. The Redmi 4A is the latest entry-level phone from Xiaomi that is driven by Snapdragon 425 chipset which has score 670 and 1735 points on single core and multi-core tests, respectively. Hence, there is a speculation that Xiaomi Riva could be a lower variant of Redmi 4A or its successor edition. It may be driven by the same Snapdragon 425 chipset or Snapdragon 427 SoC. With such low specs on the Xiaomi Riva, it could end up as the cheapest offering from the company.

Around a month ago, a leaked shot of an unknown Xiaomi phone had appeared wearing a plastic body. It was running on Yun OS and was revealed to be powered by ARM processor that clocked at 2 GHz. It does not feature a fingerprint scanner. Since it is driven by Yun OS, the phone may only be available in China. With the OS and processor different from the above-mentioned Xiaomi Riva. It seems that these two devices are different. 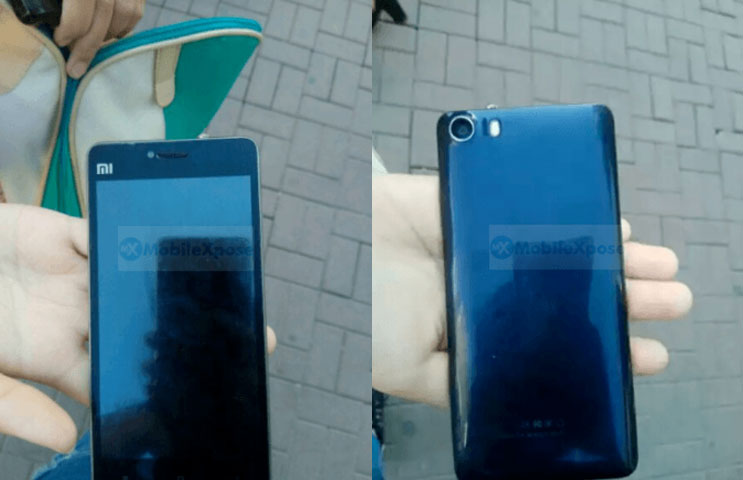 Xiaomi has a couple of phones coming up for the remaining half of the year. The Xiaomi Mi MIX 2 and Mi Note 3 are the upcoming flagships from the company. Also, the Redmi Pro 2 that is speculated to be the cheapest full-screen design phone is expected to get in this quarter. It is rumored to be driven by Snapdragon 660. Moreover, the company is also expected to announce the Xiaomi Redmi 5 and Redmi Note 5 later this year