Canada’s government has asked the country’s armed forces to send a special team for investigating the mysterious “pinging” noise emanating from the sea floor in the Arctic. The sound, also described as a “beep” or a “hum” has reportedly spooked the local wildlife in the Fury and Hecla Strait.

So far, nothing is known about the sound except for that it seems to be originating at the seafloor, and the animals in the area are moving away from their natural habitat because of it. Not just animals, even hunters in a remote community in the region are increasingly becoming concerned over the sound.

After receiving several reports about the sound, the military sent a CP-140 Aurora patrol aircraft last week to carry out a preliminary investigation. 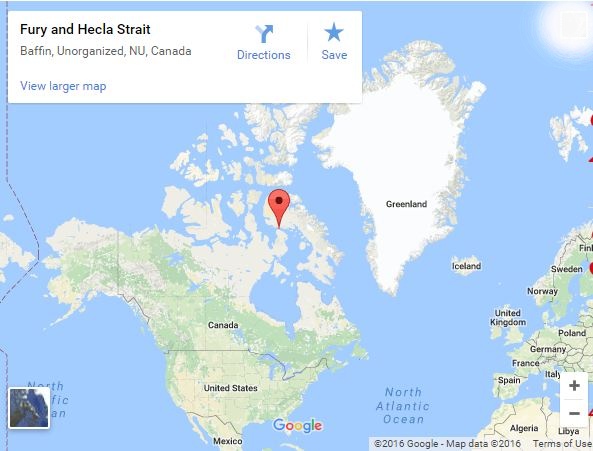 “The Canadian armed forces are aware of allegations of unusual sounds emanating from the seabed in the Fury and Hecla Strait in Nunavut. The air crew performed various multi-sensor searches in the area, including an acoustic search for 1.5 hours, without detecting any acoustic anomalies. The crew did not detect any surface or subsurface contacts,” the Department of National Defence spokeswoman Ashley Lemire said in a statement, the Guardian reports.

Unsurprisingly, speculations are rife regarding the noise. Some suggest that the noise may have been caused by Greenpeace to scare wildlife away from rich hunting grounds, an allegation the environmental group has already rubbished.

Meanwhile, other are focusing on wild speculations such as the ones involving some sort of alien spacecraft or the construction of a secret underground tunnel by a billionaire.