The Chinese smartphone maker OPPO has left no stone unturned to make its presence felt at the MWC 2016 to be held later this month. Reports have started pouring in about a new version of their VOOC charging and an updated version of their rotating camera which was earlier seen in the OPPO N1 and OPPO N3 smartphones. 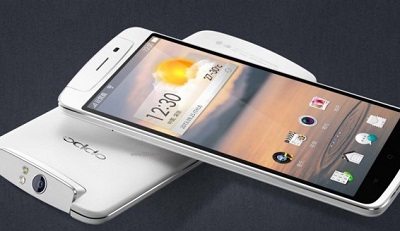 These new features will be seen in the new flagships which will be announced later this year. OPPO has already announced to launch its F-series phones in the mid-range segment with great features and it also promises an amazing camera experience.

The new VOOC version 3.0 is believed to based on wireless fast charging technology. Not much is known of the updated rotating camera features yet.

OPPO recently announced that it sold over 50 million phones in 2015 and they would want to see theses figures increase in 2016 too. So we’re really hopeful that OPPO would have some really amazing things under its sleeves to reveal at the MWC 2016.

OPPO has announced that they will ‘unveil a ground-breaking power solution and an unprecedented smartphone camera innovation that will offer tomorrow’s consumers a reinvigorated user experience’. Official release dates haven’t been declared yet but it is expected that the announcement will take place at Barcelona during the MWC 2016.