While Nvidia’s GeForce GTX 1080 and GTX 1070 are facing shortage of supply and buyers are having a tough time getting their hands on the new cards, custom variants of the cards are being developed in full force. It looks like MSI is ready with its own GTX 1070. A new clear image of the MSI GTX 1070 Duke Edition has leaked out today. 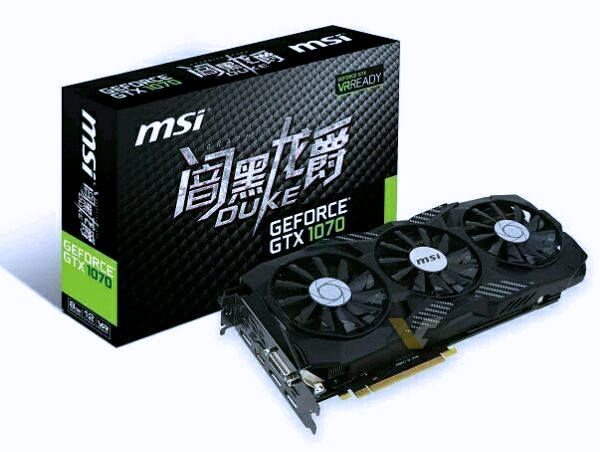 As you can see in the images, the new card carries a triple fan design as seen in MSI’s GeForce 10 series cards. This new Duke card seems to be a new, redesigned Tri-Frozr cooler before a larger cooler comes out for the Lightning based on the GP102. Talking about the new MSI GeForce GTX 1070, it may probably release in Asia only.

The card has got the same PCB as seen in GAMING X. The cooler is a bit longer than the board while the fans are significantly smaller. The full cover backplate and some other parts of the card are made of carbon fiber. The card gets its power from 6+8pin power connectors. The specs and price is still unknown, but it shouldn’t take long for more details to leak out.