Just a few days back, 2nd August to be precise, Mozilla Firefox 48.0 was released with new features and improvements. And today, we have some great news for users of popular GNU/Linux operating systems. 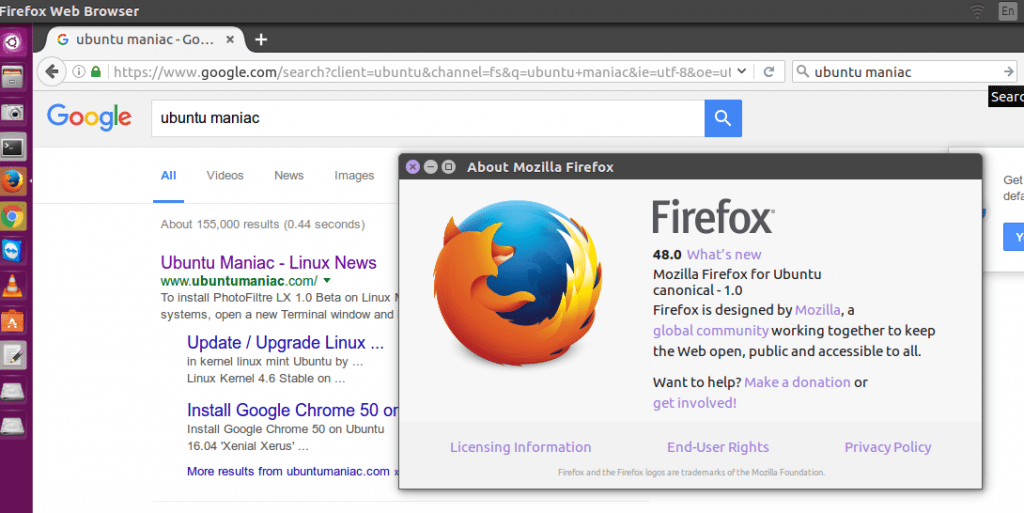 Other improvements include extra protection against harmful downloads on Microsoft Windows OSes, better Canvas performance via speedy Skia support for GNU/Linux distributions, multiple WebRTC improvements, as well as Rust language support for the media parser. Also, add-ons which aren’t signed or verified will no longer load when the web browser starts.

Lastly, there are the regular bug fixes and improvements to the overall experience on GNU/Linux operating systems.

In case you are running one of the OSes mentioned, we highly recommend updating to the latest version now. To download the Mozilla Firefox 48.0 64-bit and 32-bit binaries, follow this LINK. It’s good to see that Mozilla didn’t take much of a time to address the Linux operating systems.