MobiPicker
MobiPicks Recording Any Video Footage from a Screen with Movavi Screen Recorder
Share on Facebook
Tweet on Twitter
Deal Alert: 49% Off on ExpressVPN
Touted as #1 VPN in the world, ExpressVPN is now offering 49% off & an additional 3-months of service on its annual plans.

Honestly, it doesn’t take much to set up Movavi Screen Recorder, and when you launch it you can start by drawing a frame over the area of your screen that you want to record with your mouse cursor. Next, you should check the audio recording icons, and ensure that the ‘System Audio’ or ‘Microphone’ icons are highlighted depending on what you wish to record. 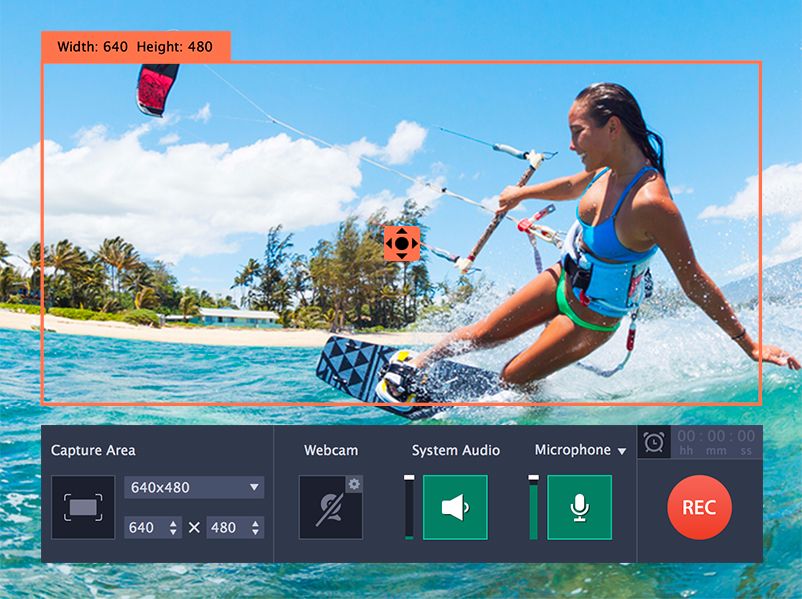 Technically you could start recording at that point, or you could adjust some of the other recording parameters further. In particular, Movavi Screen Recorders features will allow you to adjust the frame rate, set the sound levels, refine the capture area or record in full screen. It has options that will also let you capture any keyboard actions and make the mouse cursor and ‘click’ sound more noticeable, which can help for some types of videos.

Another equally interesting feature in Movavi Screen Recorder is the fact that it will let you automate your recording. By clicking on the ‘alarm clock’ icon, you can schedule the recording to start and stop at a specific time. Alternatively, you could set a timer to stop the recording automatically after a fixed duration.

If you prefer to control the recording manually, however, that’s easy enough using the on-screen controls in Movavi Screen Recorder’s interface. After you click ‘Stop’ to finish recording, you can check the video footage that was captured and may even get rid of any parts that you don’t want at that point.

By this point, it should be clear that Movavi Screen Recorder is a versatile tool that will let you fully adjust the recording parameters to capture any video footage at all from your screen. Coupled with that versatility is the fact that it is so easy to use, and can be set up to start recording in just a matter of minutes. In short, regardless of the type of video you want to record – it will definitely rise to the occasion. 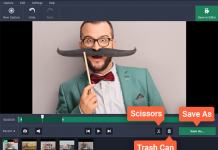 How To Capture Facebook Videos on PC with Movavi Screen Capture