Motorola has been the first (obviously) to roll out the Android Marshmallow update to its high-end phones. The Moto X Style, Moto X Play, Moto X Pure Edition, and the Moto X (2ng Gen) have already received the new Android 6.0 update. And now its time for the Motorola Moto G (3rd Gen). 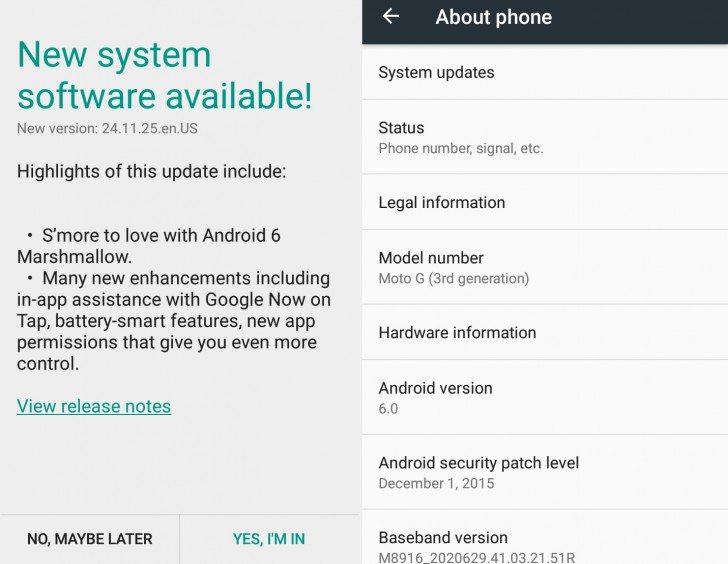 The 3rd Gen Moto G was launched back in July and is a budget smartphone with great specs. The company has rolled out the Android 6.0 Marshmallow update for the phone already and the OTA update is now being received in Canada and the US. The update is only for the SIM-free and unlocked versions of the Moto G (3rd Gen). Other versions will follow soon.

In case you have got one Moto G (3rd gen), you can download the huge 2GB update by connecting to a good WiFi internet connection. The new software update comes with build number 24.11.25.en.US.goo. It comes with all the new Android Marshmallow features security patches for up to 1st December.