A new Moto smartphone has caught our eye on the Geekbench website, and if our guess is right, then this might be the long-awaited Moto X (2016) flagship for this year. According to the Geekbench results, the phone is codenamed “Moto XT1650” and is running Android 6.0.1 Marshmallow. The phone is also otherwise called “Sheridan” tentatively.

The Moto XT1650 is carrying a quad-core Qualcomm processor (MSM8996) clocked at 1.59 GHz, which is the high-end Snapdragon 820 chipset used in flagships this year. Also, the phone is having 4 GB of RAM under its hood, thus making it clearer that this might be the flagship Moto X 2016. 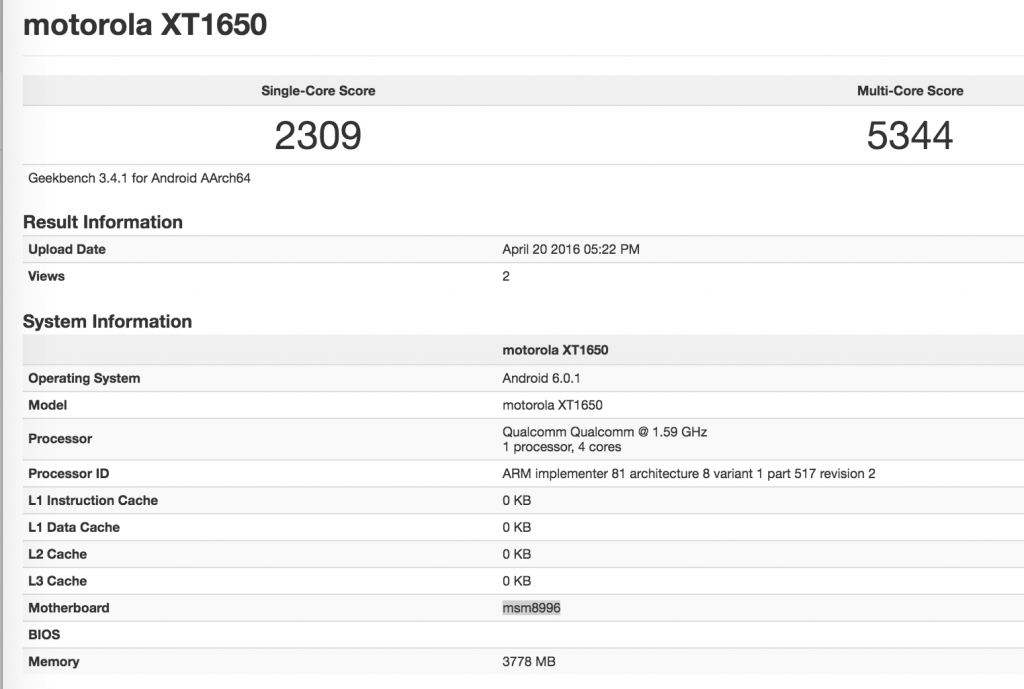 No other details have been given in the listing, but this Moto X “Sheridan” XT1650 might be inching towards launch. It is being said that the new phone might be launched on 9th June, which comes after the Google I/O event in May. So it is possible that the 2016 Moto X might come with Android N out of the box.

Some rumors also say that there might be two different variants of the phone, with the other one having a CPU clocked at 2.15 GHz. We expect the internal storage to be either 32 GB of 64 GB expandable.

Let’s wait for some more leaks or announcements and see whether the Moto XT1650 Sheridan really is the Moto X 2016. 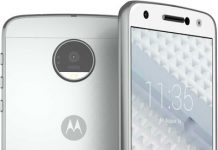