Motorola is poised to make its flagship unique and after earlier rumors that the Moto X would feature a front-facing LED flash, now we have news Motorola might shake things up in the color department.

A fresh new leak regarding the Moto X (2015) hints at a gold and white color combination as a color variant for the highly anticipated device. The image made available to us from China’s Weibo microblogging website shows a gold & white device; a white back with gold along the side frame and accents.

Just to recall things, the Moto X (2015) is expected to be announced at Motorola’s July 28th event along with the Moto G and maybe the Moto 360-2 smartwatch. The handset will be powered by a Snapdragon 810 chipset and be available in two variants– a 5.2” smartphone and a 5.7” phablet as according to earlier leaks. 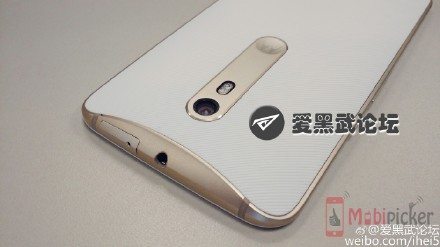 So what do you think about the new color variant for the Moto X, worth it?